Share This Page
We defended AseraCare against a whistleblower claim from a former employee, who had worked as a home health aid and was terminated for her inappropriate behavior. The plaintiff brought claims under the Minnesota Fair Labor Standards Act (FLSA), the Minnesota Whistleblower Act (MWA) and a common law claim for defamation. We filed a motion for summary judgment on the plaintiff’s FLSA and MWA claims. We argued that the court should dismiss the plaintiff’s MWA claim because she did not present any evidence that she was actually aware of any illegal activity, which is a requirement under the MWA. Regarding the plaintiff’s FLSA claim, we argued that AseraCare did not have any knowledge of any of the hours the plaintiff supposedly worked off of the clock. We won summary judgment on the plaintiff’s MWA and FLSA claims. We later negotiated a favorable settlement on the defamation claims, enabling our client to move forward with their business with minimal damages. 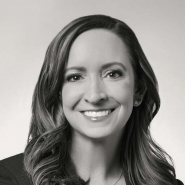