Share This Page
We served as lead counsel on behalf of an international motorcycle manufacturer and distributor in a class-action lawsuit involving alleged violations of the consumer sales practices act. The case involved a situation in which the National Highway Traffic Safety Administration (“NHTSA”) had determined that certain design features of the product needed to be revised to comply with the motor vehicle safety standards for motorcycles, and ordered a recall of the affected vehicles. We were successful in having the majority of the claims dismissed through a Motion for Judgment on the Pleadings. Following the dismissal of the majority of the claims, we were able to negotiate a nationwide class action settlement resulting in a very favorable resolution for the client. 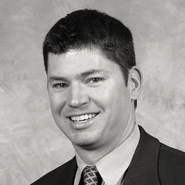