Share This Page
Wright-Patt Credit Union, Inc. (WPCU) is one of the largest credit unions in Ohio, with nearly $2.5 billion in assets and 25 branches operating in the Greater Dayton area. With the company continuing to grow in service to nearly 250,000 members, they sought a new headquarters facility, wanting to add more space and resources but still maintain their home in the region. We served as project counsel to help WPCU efficiently secure a new facility that nearly doubled their square footage and positioning them for the future.

Our client had already discovered a facility owned by a prominent development company. The facility was originally constructed to be the home of a global IT company specializing in government contract work that had since consolidated their operations. We drafted a letter of intent to purchase, performed due diligence on the site, ensured the facility was in compliance with environmental statutes and regulations, and drafted the purchase and sale documents for the $22.75 million facility.

Only four months had passed from the time WPCU expressed an interest in moving to the close of the sale. The purchase agreement also provides our client access to a state of the art data center in the new facility, resulting in a substantial cost savings. The data center was originally constructed to support IT work contracted by the federal government and will now provide WPCU with access to technological resources that enhance members services.

In addition to helping our client add more space and remain in the Dayton area, we provided additional value by negotiating an option agreement in favor of WPCU with the development company. This agreement requires the development company to immediately market WPCU’s current facility, while providing a guaranteed exit strategy for our client if the property cannot be sold in the current real estate market. We are very excited to work with WPCU as it enters yet another phase of impressive growth. 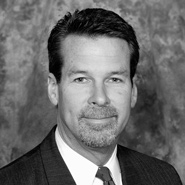