Travis represented Seadrill Limited and some of its direct and indirect subsidiaries in their multi-jurisdictional restructuring of roughly $20 billion of contract and debt obligations. Seadrill is a leading global provider of offshore contract drilling services and employs approximately 4,000 individuals across 22 countries and five continents. Seadrill's pre-arranged Chapter 11 cases, one of the largest filings in 2017 based on asset size, resulted in the re-profiling of approximately $6 billion of secured debt, eliminated approximately $3.5 billion of unsecured bond and contractual obligations, and facilitated a capital investment of more than $1 billion. Prior to Chapter 11, Seadrill consummated a series of ringfencing transactions that prevented its non-consolidated businesses from also having to commence Chapter 11 cases. Seadrill and its debtor subsidiaries confirmed their Chapter 11 plan with near consensus in approximately seven months. The company emerged from Chapter 11 within 10 months.  *

*Representation prior to joining Dinsmore & Shohl 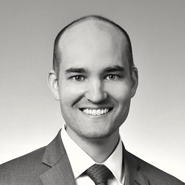