Share This Page
We successfully defended an order of the Industrial Commission which denied temporary total compensation to a claimant who had been fired due to his failure to comply with the "no call, no show" policy, despite the claimant's allegations that his condition significantly worsened following his termination.  We were able to convince the Ohio Supreme Court not to extend the ability of claimants who were terminated as the result of a clear violation of company rules, to obtain temporary total compensation even though the claimant's medical condition had worsened following the termination.  This resulted in a significant cost savings to our client. 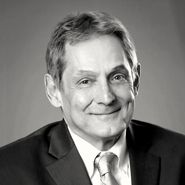