This was a unique commercial transaction driven by coal producer's financing sources (substantial domestic and foreign banks) requiring a performance guaranty for the production and shipment of in excess of 500,000 tons of coal per year to certain southeastern cogeneration facility customers.  The value of the contract at issue was in excess of $50 million.

I served as the client's primary counsel in the negotiation and preparation of definitive agreements which occurred over several months to accomplish the client's goals of providing its lenders with an acceptable guaranty unique in structure to retain shipping rights under a long-term supply arrangement as well as achieving the client's goal with respect to the consideration for the arrangement with the coal supply subsidiary of a large southern utility company. 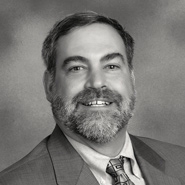