We represented a large commercial insurer in a liquor liability case where the plaintiff sought the policy limits of $5 million in damages. Our client insured an establishment that served alcohol to a patron, who struck a pedestrian with her car after leaving the establishment. The pedestrian sued the driver, the insured establishment, the nightclub, and our client, seeking in part a declaratory judgment that our client was obligated under an umbrella policy to pay for the insured establishment’s liability. We represented the insurer through the entire case, from pleadings through successful appeal. We won summary judgment at the trial court, and the West Virginia Supreme Court of Appeals affirmed on appeal that the loss was subject to an exclusion under the policy and, thus, was not covered under the insurance policy. The ruling resulted in zero liability for our client. 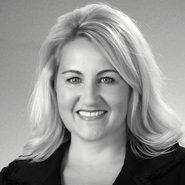