Share This Page
These consolidated cases concerned allegations by a minority shareholder of Thomas & King, Inc., the country's 8th largest restaurant franchise company, of improper management and self-dealing by our clients, members of the company's Board of Directors. Among the contested actions is a share offering plan that resulted in the ownership dilution of the minority shareholder and the cessation of payments to the minority shareholder under a non-compete agreement. Dinsmore took the lead on all discovery matters, managed a document production comprising well over two hundred thousand pages in paper and electronic form, and handled all aspects of discovery involving seven expert witnesses on valuation, corporate governance and restaurant-related issues. We won a motion to dismiss several counts of the plaintiff's Amended Complaint, and a motion for summary judgment on specific allegations of wrongdoing, resulting in the dismissal of all derivative claims and a limitation of direct claims to those relating solely to the share offering. Our Daubert motion succeeded in precluding any testimony from the minority shareholder's liability expert. We filed new dispositive motions on the remaining claims. The matter settled a few weeks prior to trial. 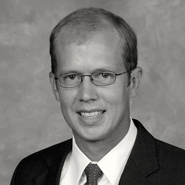