On June 18, 2020, the Supreme Court of the United States ruled that the Department of Homeland Security (DHS) did not follow appropriate administrative procedures to terminate the Deferred Action for Childhood Arrivals (DACA) program and, therefore, was unauthorized to do so. The decision was a 5-4 ruling, written by Chief Justice John Roberts and joined by Justices Ruth Bader Ginsburg, Elena Kagan, Stephen Breyer and Sonia Sotomayor.

The DACA program was established by President Barack Obama in 2012. DACA grants work authorization and temporary protection from removal to undocumented persons who came to the U.S. as children and meet relevant criteria. Recipients must have a high school diploma or currently be enrolled in school. They must also lack convictions for certain criminal offenses and otherwise not pose a threat to national security or public safety. To date, roughly 700,000 people have participated in the program, including an estimated 27,000 health care workers.

In 2017, DHS announced plans to terminate the DACA program. It reasoned that the Obama administration did not have the legal authority to create the program because it conferred benefits to immigrants, which Congress had not authorized by law. Since then, ongoing litigation has ensued to determine the fate of the program.

In its opinion, the Supreme Court held that DHS failed to sufficiently explain its reasons for terminating DACA and to adequately consider the effect its termination would have on recipients of the program. It is important to note that the Court did not address whether DHS had the authority to end the program but whether the agency did so in the appropriate manner. The Court did not rule on whether DACA is a lawful program or whether the decision to rescind it was lawful but rather determined that DHS failed to comply with the necessary procedural requirements in making its decision.

The Court’s decision restores the DACA program as it existed prior to the rescission, but there are still questions about its practical implications. U.S. Citizenship and Immigration Services (USCIS) will continue to accept DACA renewal applications from those previously granted DACA; however, USCIS has not confirmed that it will begin accepting new DACA applications, as the original program permitted. In addition, the Trump administration may create new justifications and attempt to end the program again at any point.

Employers may wish to contact their Dinsmore immigration attorney to discuss how the decision future changes to the program may impact their employees’ DACA work authorization. 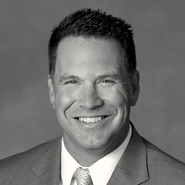