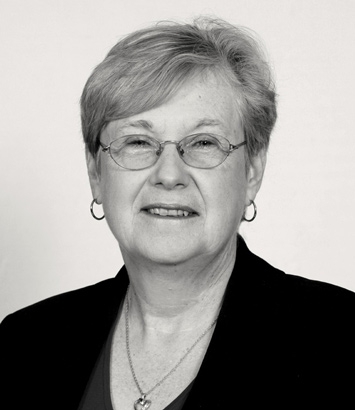 We served as bond counsel for $17 million in bonds for Regis Jesuit High School when the high school opted to restructure its debt. A portion of the proceeds were used by the school to purchase nearby unimproved property, which will help to complete the high school’s campus buildout in the future.

Served as Bond Counsel for a Regional Hospital

We guided our client through the process of issuing $17.9 million in bonds through the Nebraska Investment Finance Authority for the first time. Regional West Medical Center used the bond proceeds to pay for an updated management information system.

We served as bond counsel when our client issued $85,295,000 in bonds for Frasier Meadows senior living facility to rebuild after a flood. The bond proceeds were used to help Frasier redesign its campus and make other repairs not covered by flood insurance. Frasier also opted to refinance some of its bank debt, resulting in a lower interest rate.

We served as bond counsel when our client, Regional West Medical Center, opted to restructure their outstanding debt of $68,470,000. The medical center also borrowed an additional $10,874,604 for additional hospital projects, including new facilities. We helped the hospital put a new master trust indenture in place that will facilitate the hospital’s capital acquisitions in the future.

We acted as bond counsel for Bethesda Associates, a Colorado based national senior living provider. This transaction contained (i) restructuring an existing $23 million tax exempt bond to take advantage of new, more advantageous repayment terms and (ii) financing the acquisition of two new assisted living facilities through a second cross–collateralized $24 million tax exempt bond. Both bonds were purchased by a single bank.

We created a new Master Trust Indenture as part of our engagement which permitted Bethesda to treat the 2014 Bonds on a parity basis and also gave it the ability to enter into new financings in the future on a parity basis with the 2014 Bonds. The bank, which owned the old bonds, offered new, advantageous loan terms to our client. However, it was critical to avoid a reissuance of the old bonds for tax purposes when implementing the changes, because public hearings would have been required under the Internal Revenue Code in Arizona, Indiana, Missouri, Texas, and two locations in Nebraska.

We worked with the bank purchaser to extend the bank holding period for the old bonds but without extending the bond maturity. We were able to lower the interest rate within IRS guidelines avoiding the reissuance. We also advised the bank relative to its written commitments to purchase the bonds in order to keep the two bond issues separate for tax purposes, as well as making sure the existing swap agreements were integrated into the new bond issue.

Regional West Medical in Scotts Bluff, Nebraska, issued $45 million variable rate demand bonds in 2005 for refinancing and new money purposes, which were secured by bond insurance and a bank letter of credit. Because of the financial crisis in 2008, the bond insurer collapsed and the letter of credit bank became the owner of the bonds. In a series of five transactions over the next five years, Regional West successfully restructured its debt portfolio with our assistance as bond counsel and borrower’s counsel.

We worked closely with the hospital to ensure each financing was in compliance with the existing Master Trust Indenture, to create parity among all lenders and to avoid an early termination of the existing swap agreements. We also negotiated on behalf of the hospital to meet the programmatic documents required by each lender with a special focus on making sure the documents did not conflict with each other or the Master Trust Indenture.

Finding optimal ways to deliver health care services is a challenge in any market and new approaches have been developed to care for people in rural areas, people with low-incomes, and people from various ethnic backgrounds. Our clients finance capital facilities with tax-exempt bonds, sometimes combined with federal grant monies for capital improvements, primarily to construct outpatient clinics for medical, dental and mental health services.

Critical access hospitals such as Family Health West provide short-term hospitalization and emergency care to people in rural areas so patients do not have to travel long distances to obtain basic services. Most bonds associated with these transactions are purchased by commercial banks. Our extensive experience in municipal finance bank transactions (we were ranked number six nationally in 2014 by Thompson Reuters for bank-qualified transactions) helps us create financing documents that are tailored to the business models represented by these alternative providers.

We have helped these organizations finance numerous projects across the State of Colorado, including acting as bond counsel for the issuance of $9.1 million of tax-exempt bonds for the acquisition of an acute care hospital building by Peak Vista Health Services in Colorado Springs. Our client then renovated the building into an outpatient clinic and administrative offices with part of the bond proceeds. Portions of the building were leased to allied service providers, creating greater efficiencies, but also requiring us to do a more in depth tax analysis.

Our non-profit client, which is long-established and a national destination because of its beautiful Colorado setting, operates programs for children, adults and families in the Rocky Mountains. The client had $43 million in outstanding variable rate demand bonds related to facilities construction. After the stock market melt-down of 2008, the client needed to restructure the bonds to be owned directly by a bank to avoid new market risks, which we assisted with as bond counsel. A few years later, however, the bank wanted major changes to the deal in exchange for extending the period during which it would continue to own the bonds. We were able to draft all the amendments and work the tax challenges to retrofit the new bank requirements into the existing deal documents. The bank extended its commitment to own the bonds which provided a stable platform for our client’s debt structure.
Mary L. Groves

We were bond counsel for the issuance of $54.6 million bonds through the Public Finance Authority for the refunding and consolidation of debt for a non-profit radio broadcast organization. The California-based broadcaster, which has stations throughout the country, specializes in contemporary religious-themed music and non-sectarian educational programming. Our client sought to refinance the costs of the acquisition of 17 FCC licenses for stations located in thirteen states through the issuance of tax-exempt bonds, so we worked to consolidate its debt into one loan, which was privately placed with a consortium of banks. Initially, we closed the loan with a split between tax-exempt and taxable bonds. Over the nine months after closing, we set up local governmental hearings that are federally required in order for the taxable bonds to be converted to tax-exempt and were successful in converting about 65%. Our work enabled the client to successfully consolidate its debt and substantially reduce interest costs.
Mary L. Groves

Our senior living client wanted flexibility for an important new venture to provide additional services to the elderly, which meant amending certain financial covenant in the existing master trust indenture related to approximately $130,000,000 in outstanding bonds. The amendments required the consent of at least a majority of all the holders who had to be contacted through the Depository Trust Company procedures. Issuers seldom undertake this type of project because of the difficulties in obtaining bondholder consent, but the new venture was of the highest importance to the client and we were asked to move forward. It took over eight months to draft the amendment and the solicitation materials, work on the tax implications and assist with advice on the DTC solicitation process while the holders were being contacted. In the end, we were able to help the client to be in position to put their new business venture into place.
Mary L. Groves

$14,500,000 The Board of Regents of New Mexico Institute of Mining and Technology System Revenue Bonds Series 2011