Bond-Lewis is one of nine Cincinnati leaders on the task force, which, according to Fox19, "was created after three council members were indicted on federal bribery charges in the past year, accused of exchanging votes for money or campaign contributions."

"The mayor has done a very good job of selecting folks with a variety of expertise and diverse perspectives and experience," City Councilman David Mann told the Enquirer. "We have given the appointees a lot of work to do within a short timeline. I am grateful that these great citizens have accepted the important and difficult challenge."

The task force will evaluate how city officials have interacted with developers in the past. WCPO reported the panel will present its findings and recommendations to the city in August.

At Dinsmore, Bond-Lewis' practice focuses on defending business entities and professionals in contract-related and business tort litigation. She also regularly defends banks, mortgage lenders, loan servicers and other financial institutions in federal and state courts throughout the United States in consumer finance disputes. 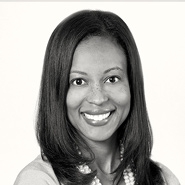