Ashley C. Pack, a partner in Dinsmore’s Charleston office, received the 2017 Most Valuable Member award from the Kentucky Press Association.  The award recognizes the individual who has performed the most outstanding service to the KPA.

“I am honored to have received the KPA’s 2017 Most Valuable Member Award,” stated Pack. “Representing reporters and newspapers across Kentucky in fighting to open records or courts or against the passage of legislation infringing on the First Amendment is both exciting and meaningful work, as well as my passion.”

Pack advises newspapers and media outlets on prepublication review, advertising, and defamation issues. She also focuses her practice on all aspects of employment law including litigation, counseling, sexual harassment investigations, wage and hour audits, unemployment claims, unfair labor practices, and union representation cases. Pack has been recognized for multiple years by her peers as a Super Lawyer and a Best Lawyer of America for Employment Litigation. 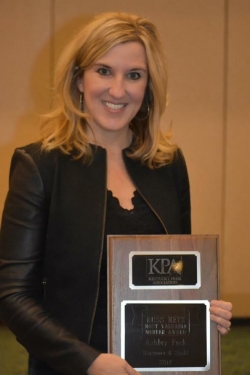