Dinsmore & Shohl LLP has added Abby E. Chermely and S. Joseph Stephens, III to the firm’s Cincinnati office. They will both practice out of the employment group.

Chermely joins Dinsmore after clerking for the Honorable Judge Michael R. Barrett of the United States District Court for the Southern District of Ohio and for the Honorable Judge Beth A. Myers in the Hamilton County Court of Common Pleas.  During her time as a judicial law clerk, she assisted with court-related matters and helped coordinate the federal summer mock trial program.

Stephens received his J.D. from Indiana University Maurer School of Law and received his B.S. in economics and political science from The Ohio State University.  During his time in law school, Stephens was the editor-in-chief of the Indiana Law Journal. 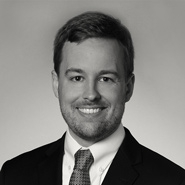