Dinsmore & Shohl LLP earned high marks in The Bond Buyer 2018 rankings, including being ranked second overall in Kentucky and Ohio and second in Pennsylvania for the number of transactions. Dinsmore earned a top-25 spot nationally for bond counsel. Thomson Reuters compiles transaction data for The Bond Buyer.

“The Tax Cuts and Jobs Act enacted in December 2017 had a dramatic impact on the bond market in both 2017 and 2018,” said Tom Wilson, chair of Dinsmore’s finance department. “With the early versions of the Tax Act proposing to eliminate the tax-exemption for all private activity bonds and advance refunding bonds, many issuers rushed to market at the end of 2017. The final version of the Tax Act eliminated advance refunding bonds, which was a significant factor in bond issuance volume in 2018 decreasing roughly 25 percent from the previous year. Still, we were able to assist our clients in financing significant capital project with tax-exempt bonds in 2018, particularly in the health care, multi-family housing and education sectors.” 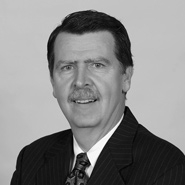