The supply chain crisis has had a significant impact on the automotive industry. Dinsmore Detroit partner Thomas Walters spoke with Crain's Detroit Business about the shifting dynamic between auto suppliers and makers during this time. An excerpt is below.

While automakers have maximized on a surge in demand by converting low vehicle inventory into record sticker prices and strong profits, suppliers have suffered the brunt of financial losses. But, the supply chain crisis has laid bare the interdependency of each tier from top to bottom and underscored the importance of players big and small.

Suppliers have arguably never had as much negotiating power with automakers, experts say. Now they are using that leverage to change the way they do business with OEMs, which are feeling the pressure to acquiesce if they want to keep getting parts to make cars, according to industry executives and observers.

"Historically, the automakers have had an enormous amount of leverage and have exerted it over the supply base," said Thomas Walters, commercial litigator at Dinsmore & Shohl LLP who represents tier one, tier two and medium-size suppliers. "I think the OEMs are in a position where they have no choice but to share in the pain with everybody else that's in the same circumstance." 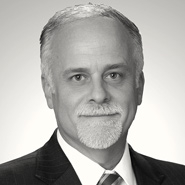