Dinsmore attorneys R.J. Cronkhite and Tom Cedoz successfully defended a client from a claim of breached partnership and contractual obligations by a subcontractor for $3.7 million this week. The client provides IT services to the United States Department of Defense.

The client countersued because the subcontractor possessed and refused to return a number of its proprietary documents and trade secrets, including proposals and pricing used to bid on federal contracts. Michigan’s Uniform Trade Secret Act, MCL 445.1901 et seq., permits a company to seek an order to return such trade secrets.

After a five-day hearing, an arbitrator awarded $0 to the plaintiff and granted an injunction to protect the client's trade secrets.

“Companies commit immense resources to their proposals, pricing, and bidding strategies,” said lead counsel Cronkhite. “This award hammers home the proposition that companies are not entitled to use litigation as an excuse to keep others’ trade secrets.”

At the hearing, Cronkhite elicited testimony from the subcontractor’s three owners, showing they had inconsistent and conflicting interpretations of the parties’ alleged partnership and contractual rights. He also introduced substantial evidence that the right of first refusal was not actually in the parties’ written agreements.

The arbitrator agreed, concluding that there was no “meeting of the minds” regarding an alleged partnership or a right of first refusal. The arbitrator also held that any discussion of the right of first refusal was abandoned as part of the parties’ final agreement. Similarly, the arbitrator found that the client did not solicit the independent contractor. Rather, the testimony and written evidence demonstrated that the independent contractor sought out business from the IT services firm.

The arbitrator also agreed with Dinsmore’s arguments that the client was entitled to an injunction ordering the return of its trade secrets, as they could provide an economic advantage to the subcontractor, and because the client had taken reasonable steps to protect them, including through a non-disclosure agreement and confidentiality provisions. The award highlights the critical importance of non-disclosure and confidentiality agreements prior to sharing a company’s trade secrets with third parties. 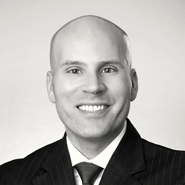