Dinsmore & Shohl LLP’s Calvin Buford is one of five inductees to be honored at the African American Chamber Black Business Hall of Fame.

A partner in Dinsmore’s corporate department, Buford focuses his practice on general corporate and transactional matters, including mergers, acquisitions and dispositions of publicly and privately held businesses. He is peer review rated AV in Martindale-Hubbell and listed in The Best Lawyers in America® for corporate law. Additionally, Buford is a member of the firm’s associate evaluation and diversity committees and has served the boards of numerous Cincinnati organizations, including the Cincinnati Art Museum, Cincinnati Center City Development Corporation, Greater Cincinnati Foundation, and The Urban League of Greater Cincinnati. 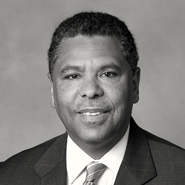