Dinsmore partner James Reid recently spoke with Bloomberg Tax for an extensive article on the significant changes to employment law, particularly in the wage/hour space, that have already taken place during the Biden administration. An excerpt is below.

Now that we know that most workers have to be classified as employees and that the test to determine worker status is to be stricter under the Biden Administration, it is a great time to revisit all of your job descriptions and all of your job classifications, said Reid, who regularly conducts audits and investigations into employers’ wage and hour practices.

There’s also a push to raise the federal minimum wage to $15 an hour by 2025, Reid said, noting that “many states have also created their own initiatives to do the same thing on an even faster track.”

“I’m already seeing a major struggle because when you raise the bottom of the totem pole, that $15 an hour creates a waterfall effect to the remaining employees, and you are going to lose workers if you don’t increase wages across the board, especially when there is a high demand,” Reid said.

Off-the-Clock Duties: Failure to pay for off-the-clock duties was the subject of another big case that resulted in a $9.5 million settlement, Reid said. “I think that is going to be a hotter issue in 2021 because so many employees have been working remotely over the past year,” he said.

Workers are checking in at all hours of the day or at off-hour times and, likewise, managers may be calling employees or emailing them during off-hours. If the employees are receiving those calls or emails, that may be additional time that must be clocked, he said.

Even if a policy exists of “no off-the-clock work and no overtime work,” employers still must pay for all hours worked, Reid said. So, employers could essentially write up the employee for not following company policy, but they would still have to pay them overtime, he said. 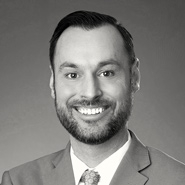