Kelvin Lawrence of Dinsmore & Shohl LLP said that states and taxpayers have a stronger reliance argument the more time goes by without Treasury and the IRS mentioning the pass-through workaround in various proposed guidance relating to the SALT cap.

Lawrence said California has gone back and forth on whether the Texas margin tax — imposed on taxable entities, including partnerships — qualifies for California’s credit for net income tax imposed by and paid to other states. Wlodychak added that the Franchise Tax Board this summer held an interested parties meeting to consider adopting a regulation clarifying which taxes imposed by other states qualify for California’s credit, and that the development is directly in response to adoption of the entity-level tax workarounds in other states. 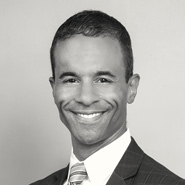