Telemedicine and telehealth are newer and ever-expanding components of health care.[1] There are many viable arrangements for companies who wish to engage in telemedicine and/or telehealth and these arrangements can offer many benefits to the patients they serve.  However, companies and licensed individuals who provide services should be careful to understand the state and federal regulatory framework under which they operate.

Take for instance, the cautionary tell of Florida businessman Creaghan Harry, owner of several telemedicine businesses throughout the nation. The United States Department of Justice recently indicted Harry after he after allegedly defrauded Medicare of more than $784 million.[2] The Justice Department alleges that Harry orchestrated a scheme of health care fraud and illegal kickbacks. The indictment alleges Harry and his codefendants solicited illegal kickbacks and bribes from durable medical equipment (DME) suppliers and that Harry’s telemedicine companies then paid physicians to write medically unnecessary orders for these supplies.  Such behavior is illegal under 42 U.S.C.§1320a-7b(b).

Harry and his codefendants (who have previously pled guilty and are awaiting sentencing), operated telehealth companies in Florida, Wyoming, and Delaware. They hired doctors in New Jersey and elsewhere. The indictment alleges Harry deliberately and repeatedly made false representations to investors, lawyers, doctors, and others, including patients.

Oftentimes, an illegal kickback is not so overt. While gifts or rewards for business referrals may be commonplace in some industries, those offers and payments may violate the Anti-Kickback Statute in health care. The Anti-Kickback Statute prohibits quid pro quo arrangements, such as bestowing a benefit or favor or anything else of value in exchange for a referral. Payments or inducements offered to patients may also violate the law.

Importantly, the Anti-Kickback Statute imposes liability on both sides of the transaction: the person/entity paying, and the person/entity receiving. Conduct resulting in criminal convictions is often an underlying cause of discipline for regulatory boards governing professional licensure. In Harry’s case, his alleged actions may have unwittingly placed health care providers who contracted with his company at risk of violating the law. After all, this case involves multiple states and nearly $1 billion of treatment. While some doctors may have known they were writing unnecessary prescriptions, some others may have been unwittingly led astray.

It is important to remember the rules governing various practitioners still apply even in the practice of telemedicine and telehealth. If you participate in telemedicine and/or telehealth, it is important to stay up to date on federal law, and the law of each state in which you will practice. Importantly, Ohio follows the general rule that health care practitioners are practicing in whatever state the patient is located. Equally important, practitioners should continue to keep adequate records for their patients, similar to those kept for in-person visits. Remember always that licensure is an individual privilege, and while it may be tempting to rely on the assurances of others, it is ultimately an individual obligation.

If you have questions about anti-kickback law, or about creating and/or participating in telemedicine or telehealth practice contact the author of this article or your Dinsmore attorney.

[1] Telemedicine is the practice of medicine using technology to deliver care at a distance.  A health care provider uses telecommunications infrastructure to deliver care to a patient at a distant site.  Telehealth is a broader term which refers to electronic and telecommunications technologies and services used to provide care and services at-a-distiance. It includes things like education, monitoring and public health functions. All telemedicine is telehealth, but not all telehealth is telemedicine. 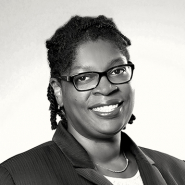