On Feb. 10, 2022, Congress approved the Ending Forced Arbitration of Sexual Assault and Sexual Harassment Act of 2021 (the act). True to its title, the act allows new claims of sexual harassment and sexual assault be filed in court, rather than be subject to pre-dispute mandatory arbitration clauses. Additionally, the law prohibits pre-dispute agreements that waive an employee’s right to participate in a joint, class, or collective action in a judicial, arbitral, administrative, or other forum relating to a sexual assault dispute or sexual harassment dispute.

Accordingly, employers should understand that any sexual harassment or sexual assault claims arising out of employment, as defined above, cannot be forced into arbitration under this bill. This includes sexual harassment claims under Title VII of the Civil Rights Act of 1964 or various state laws, such as the California Fair Employment and Housing Act. Once signed by President Joe Biden, the legislation will take effect immediately and apply to all existing arbitration agreements.

The act defines sexual assault dispute as “a dispute involving a non-consensual sexual act or sexual contact, as such terms are defined in section 2246 of title 18 or similar applicable tribal or state law, including when the victim lacks capacity to consent.” The act defines sexual harassment dispute as “a dispute relating to conduct that is alleged to constitute sexual harassment under applicable federal, tribal, or state law.”

The proposed law allows an employee and employer to agree to arbitrate sexual assault and sexual harassment claims, so long as the agreement to arbitrate arises after the dispute. Additionally, the law applies only to sexual assault/harassment disputes that are not currently pending in arbitration. As such, cases already filed in arbitration are not impacted by the act.

If you are an employer that uses arbitration agreements, or if you are considering doing so, contact your Dinsmore labor and employment attorney to discuss the best way to implement these agreements in light of the act. 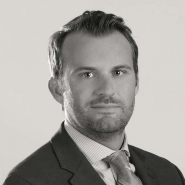