The U.S. Drug Enforcement Agency (DEA) released a draft rule titled Controls to Enhance the Cultivation of Marihuana for Research in the United States, which seeks to amend its regulations to comply with the Controlled Substances Act (CSA) and “facilitate research that could result in the development of marihuana-based medicines approved by the Food and Drug Administration (FDA).” If adopted, this draft rule would replace the 2016 DEA rule, Applications To Become Registered Under the Controlled Substances Act To Manufacture Marijuana To Supply Researchers in the United States.

Under the CSA, manufacturers of controlled substances must obtain a DEA registration to plant, cultivate, grow, or harvest marihuana to supply researchers and other permissible uses. In the draft rule, the DEA identifies three types of potential manufacturers who may apply for registration:

The proposed rule would require all registered manufacturers to notify the DEA of its proposed harvest date and deliver their total cannabis crop to the DEA. The DEA would then have the exclusive right to import, export, wholesale trade, and maintain stock of such cannabis.

This proposed rule is important because it will ensure an adequate and uninterrupted supply of marihuana for medical research, as well as allow for a more diverse variety of strains. In addition to the expansion of growers, the quota for production of marihuana also will increase to 3,200 kilograms. Applicants will be evaluated based on their ability to “consistently produce and supply marihuana of a high quality and defined chemical composition,” and ensure the applicant can comply with CSA and DEA regulations.

This research is critically important to increase medical research of cannabis and cannabis-derived products. To date, the only natural medical cannabis product approved by the FDA is Epidiolex, a purified form of cannabidiol (CBD) to treat seizures associated with Lennox-Gastaut syndrome or Dravet syndrome. Additionally, the FDA has approved Marinol, Syndros and Cesamet, which contain synthetic forms of tetrahydrocannabinol (THC), a component of cannabis products, to treat conditions such as nausea and vomiting caused by cancer chemotherapy and loss of appetite and weight loss in people with HIV/AIDS.

The Center for Medicinal Cannabis Research in California and the University of Mississippi are examples of institutions advancing the science of medical cannabis, studying the pain benefits of tinctures, treatment of autistic children, neuropathic pain, multiple sclerosis treatment, and other conditions. In addition, in 2019, the NIH funded over $3 million for studies at Boston Children’s Hospital for a CBD mediated analgesic, a University of California study for minor cannabinoid treatment of inflammatory and neuropathic pain, and a NY University School of Medicine study of mechanisms of action for CBD on chronic arthritis pain. 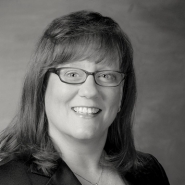