The U.S. Court of Appeals for the Sixth Circuit, in Massachusetts Bay Insurance Company v. Christian Funeral Directors, Inc., No. 18-5267 (6th Cir. Dec. 26, 2018), recently upheld a district court’s declination of jurisdiction over an insurer’s declaratory judgment action on coverage. The court’s decision is a reminder that both insureds and insurers need to carefully consider the efficacy of bringing declaratory judgment actions on coverage in federal court, particularly where the coverage action is closely bound up with a pending state court action.

The plaintiff, Massachusetts Bay Insurance Company (Mass. Bay), initiated a declaratory judgment action after its insured, Christian Funeral Directors, Inc. (Christian), was sued in multiple Tennessee state court actions for alleged misconduct in the burial of bodies. In particular, it was alleged that Christian worked with a cemetery, Galilee Memorial Gardens, that operated as a cemetery without a valid certificate of registration, continued to sell burial plots even though all those plots were taken, and improperly disposed of bodies. Mass. Bay provided a defense to Christian under a reservation of rights. It then filed a declaratory judgment action in the U.S. District Court for the Western District of Tennessee, alleging it had no duty to defend or indemnify Christian in the underlying actions.

While the court found that the first three factors weighed in favor of exercising jurisdiction, the fourth and fifth factors weighed against it. The court noted that Tennessee state court judges have made factual findings in the litigation against Christian, and any factual findings by the district court might conflict with the state court’s. The district court did not elaborate as to what findings would conflict or how those findings would be germane to coverage, but ultimately concluded that the fourth and fifth factors outweighed the first three factors.

The court noted that, although there was minimal information in the record about the state-court actions and the facts developed therein, Mass. Bay repeatedly acknowledged in its briefing that some facts developed in the state court action could be germane to coverage. Based on these admissions, the court concluded coverage was dependent upon factual findings in the state court, which weighed in favor of declining jurisdiction. The court found the district court’s reasoning that “this matter has been ongoing in state court for many years and state court judges have made numerous factual findings” and that findings by the district court “could be in conflict and would be duplic[ative] with those in state court” weighed in favor of declining jurisdiction and was entitled to deference.

The Sixth Circuit also found that the district court didn’t abuse its discretion in concluding that there was an alternative remedy available to Mass. Bay. Mass. Bay, by its own admission, could have filed a declaratory judgment action in state court. The court noted that “Tennessee courts are in a superior position to resolve questions of state law . . . and [] ‘might also have been able to combine the two actions so that all issues could be resolved by the same judge.’”

While the opinion gives sparse detail of the progress of the state court, the insurer in this case possibly had no ability to influence the state court proceedings while attempting to achieve federal jurisdiction, lest the insurer feed into the argument that it had an “alternative remedy” available to it in state court. Accordingly, there was a risk the state court matter could proceed in a direction unfavorable to the insurer while it was waiting for jurisdiction to be sorted out in federal court. Litigants seeking a declaratory judgment action on coverage in federal court where there is a parallel state action should be prepared to make a strong showing to the federal court why the matter can proceed without interfering with the underlying state action. If a strong showing cannot be made, serious consideration should be made to pursuing the coverage action in state court. 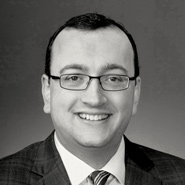