On December 22, 2017, President Trump signed into law the Tax Cuts and Jobs Act, which amended certain provisions of the Internal Revenue Code of 1986. Bank boards and management teams should take time to familiarize themselves with these changes, as several amendments to the Code relate to the payment of executive compensation.

In addition, the tax law has expanded coverage of Section 162(m) to apply to all Securities and Exchange Commission (SEC) reporting companies (i.e., companies required to file reports under Section 15(d) of the Securities and Exchange Act of 1934, which includes many companies required to file due to public debt), rather than solely those whose common stock is registered with the SEC. It also expanded the group of executives subject to the deduction limit to include not only the named executive officers during the current taxable year—now including the CFO as a “named executive”—but also any person who was a covered executive for any prior taxable year beginning after December 31, 2016. Companies subject to Section 162(m) should review their incentive plan documents, incentive award agreements, severance agreements and employment agreements in light of the removal of the exemption for qualified performance-based compensation because these documents may have been drafted to account for the Section 162(m) performance-based compensation exemption that no longer applies.

In addition, the Act amended Code Section 83 by adding a new subsection (i) regarding deferred taxation of equity compensation. Section 83 generally governs the amount and timing of income inclusion for property, including employer stock, transferred to an employee in connection with the performance of services. Under Code Section 83(a), most individuals must recognize income for the tax year in which the employee's right to the stock is transferable or no longer subject to a substantial risk of forfeiture. This changes for some employees with the new Section 83(i), which allows non-executive and non-highly compensated employees of privately-held corporations to elect up to a five-year deferral in the taxation of illiquid shares issued to them upon the exercise of nonqualified options or the settlement of restricted stock units (RSUs), if certain conditions are satisfied. The options or RSUs must be granted under an equity compensation plan in which at least 80 percent of a company’s full-time U.S. employees are granted awards with the same rights and privileges. The amounts of the awards may vary by employee as long as each employee receives more than a “de minimis” grant—i.e., all participating employees must be eligible to receive a legitimate economic benefit. This deferred tax election is not available to the CEO or the CFO—or to certain persons related to them—or to any person who within the past 10 years was one of the four highest paid officers of the corporation or an employee that holds 1 percent of the company’s stock. Under this new regime, eligible employees of private companies receiving stock through equity compensation arrangements may consider making an election under Section 83(i) to defer taxation on such compensation.

The IRS is expected to issue guidance on these changes, particularly the amendments to Section 162(m). Stay tuned. 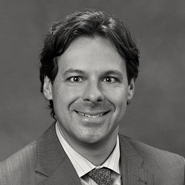