Flawed Scheme to Lower Prescription Drug Prices Would Do the Opposite

“Government efforts to manipulate markets and prices on consumer goods never work as intended, and in this case, would be counterproductive.”

The waning days of summer signal the approaching midterm election season. Amid inflation, recession and voter discontent, it’s understandable that a group of congress members are anxious to put points on the board with a price-control scheme that they wrongly believe will lower prescription drug prices. Though the goal is laudable, their approach would prove disastrous to American innovation while failing to deliver anything but higher prices for American consumers.

In a recent letter to Department of Health and Human Services Secretary Xavier Becerra, 100 congressional lawmakers urged him to use his administrative authorities to leverage various intellectual property-related laws as a means of implementing price controls on patented drugs. But undermining intellectual property protection would put a deep chill on healthcare innovation, both at home and globally.

We’ve Been Here Before

Price controls inevitably drain away money for research and industry innovation. Countless lives have been saved and many more lives have been dramatically improved thanks to the thousands of innovative products resulting from the Bayh-Dole Act of 1980 and 28 U.S.C. Section 1498. But if Secretary Becerra agrees to this ill-conceived demand, the very public-private partnerships that have been credited with churning out such vital creations will be jeopardized.

In the days before Bayh-Dole, the federal government retained the rights to inventions derived of federally funded research at universities, other nonprofits and small businesses. However, the government did not protect such inventions by patent, or would not exclusively license them. That was a serious problem for the private sector. Without the protection of IP rights, it was unduly risky to invest the many millions of dollars and years of development to convert those discoveries into useful products. After all, there was nothing to keep “free riders” from swooping in to exploit the resulting products without the protections afforded by intellectual property rights.

Sadly, lifesaving inventions collected dust on academic shelves. And shamefully, the taxpayer dollars that funded that research produced no public benefit at all.

The Bayh-Dole Act finally put a stop this waste by giving universities and small companies the right to retain title to inventions they had developed with the support of federal funding, and to procure and license patents on those inventions. Empowering universities with development decisions using intellectual property protection and licensing has strengthened them and made them powerful contributors to America’s economy.

To protect against further waste of taxpayer dollars, Bayh-Dole’s sponsors included a protective mechanism. Where an exclusive licensee of a Bayh Dole invention were to fail to make a good faith effort to develop it into a commercial product, the government may exercise an option to “march-in” in on the license agreement, and demand that either the university relicense it to another who will, or do so itself. This was intended to remedy a situation where the public would otherwise be completely deprived of the benefits of the invention.

Nowhere is there any suggestion within Bayh Dole that march-in was intended as a mechanism for the university or the government to renegotiate the license after the fact, and after a successful commercial product was developed and commercialized. Who would take a license under those terms? Invest substantial time and money in a risky effort to bring a product to market, only to let the licensor snatch it away once it has proven to be commercially viable, giving away it to someone else on terms the licensor finds more favorable?  This is not the deal the private sector bargained for, nor would any prudent licensee agree to such a deal even if it were plainly stated.

The argument laid out in the congressional letter misconstrues Bayh Dole, and the circumstances under which march-in can be exercised. It also misconstrues 28 U.S.C. Section 1498(a), which grants patent owners a remedy against the federal government when the government is found to have committed patent infringement. Contrary to the characterization of the letter, this is not a statutory compulsory licensing regime giving the federal government a “right” to infringe or to relicense patented technology. It is instead a waiver of sovereign immunity to ensure that the patent owner can be made whole even when the infringer is the sovereign. These flawed theories, if put to the test, would undoubtedly be struck down by the courts.

Indeed, in its recent West Virginia v. EPA decision, the Supreme Court struck down an effort by an administrative agency to re-interpret a long extant statute for the purpose of implementing new and transformative authority that would alter an entire industry. The same reasoning applies here. The lawmakers would have HHS re-interpret long extant statues, e.g., Bayh-Dole and 28 U.S.C. Section 1498, for new and transformative authority never before invoked, and conspicuously absent from the plain language of the statute. In doing so, it would eliminate incentives for the private sector to develop meritorious inventions into useful products, and would deprive patients of new, life-saving therapies yet to be developed.

Even if the government were to relicense a patent for purposes of price controls, it would nonetheless be obligated to pay the holder of those exclusive rights (the exclusive licensee) what it otherwise would have made on those sales in the U.S. market in the absence of infringement. Thus, the government would incur substantial liability for infringement, and the so-called price controls would have none of the intended effect.

Government efforts to manipulate markets and prices on consumer goods never work as intended, and in this case, would be counterproductive. Short-term tactics such as price controls would diminish investment in innovation, and delay development of new and useful discoveries. The best and cheapest route to improved healthcare is through innovation. Tomorrow’s drugs hold the promise of cures for today’s diseases. 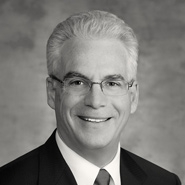