Let’s Set a Date! A Checklist for Scheduling a HUD Closing

After months spent collaborating on a loan application and waiting for HUD’s underwriters to judge its merits, the lender and borrower are thrilled to receive the HUD firm commitment, a major milestone on the path to closing. The parties lock the interest rate, draft loan documents, fine-tune title and survey, and assemble the pre-closing submission to HUD. Then someone asks the critical question:  “When do we want to close this deal?”

While proposing a closing date might seem like a simple task, there is typically a sweet spot on the calendar that won’t reveal itself until the parties consider a host of factors. Here’s a checklist of questions a deal team should discuss before proposing a tentative closing date (TCD) to the department:

1.  What is the GNMA delivery date?

Everyone on the deal should be aware of when the closing documents must be delivered to the GNMA investor in order to avoid extension fees. The TCD must be at least seven days before that date to give lender’s counsel sufficient time to create the GNMA package.

2.  What date is 30 business days after the pre-closing package submission date (multifamily deals only)?

HUD generally won’t grant a TCD that is sooner than 30 business days from HUD’s receipt of the pre-closing package. If you need a TCD that is before the 30-day mark, be prepared to offer justification to HUD.

3.  What are the borrower’s black-out dates?

Will the borrower’s signatory be hunting grizzly bears near the Bering Strait sometime between commitment and closing? Are there religious holidays during which the signatory won’t sign documents? The borrower’s signatory needs to be available on the day of closing and the 48 hours before closing to deal with any last-minute issues. The signatory also needs to be available to sign documents and ship them at least a couple weeks in advance of closing so lender’s counsel can assemble the final closing binder without delays.

4.  Are we prepaying an existing HUD-insured loan?

5.  Does the prepayment schedule on the existing debt make closing in one month better than another month?

If the borrower’s existing debt contains a prepayment schedule that dictates a 4 percent penalty in February that drops to 3 percent in March, the borrower will likely favor a March closing, even if they have to pay an extension fee (see #1 above) to benefit from the penalty reduction.

6.  When does the existing debt mature?

If the debt being paid off has a large balloon payment on May 1, everyone needs to push as hard as they can to get the deal closed no later than April 30.

7.  Is the proposed closing date the last day of the month?

Closing on the last day of the month is generally something to avoid. Should a problem arise on a closing scheduled for May 31st and the closing slips to June 1st, documents will need to be re-dated and re-recorded, adding significant costs and heartburn for everyone involved.

8.  Is the proposed closing date the first day of the month?

Closing on the first day of the month is also not ideal. Many recorders’ offices will not record a document dated after the date of recording. This can create problems on HUD deals, where “pre-recording” (i.e., recording prior to closing) is the norm. For example, if you present a Regulatory Agreement to the county recorder on May 30th for a June 1st closing, and the Regulatory Agreement is dated June 1st, don’t be surprised if the recorder says “come back on June 1st and we’ll record your document then.”

9.  Does the proposed closing date border a federal holiday?

Dates immediately before or after federal holidays aren’t the best TCDs, as many federal employees like to extend their time off by using personal leave on either side of those holidays (Columbus Day is a sneaky one).

10.  Is the proposed closing date on a Monday or Friday?

Some federal employees work compressed schedules, such that they never work on Monday or Friday, so it’s best to target a TCD in the middle of the week.

Going through this checklist will help ensure that the TCD you pitch to HUD is on the Goldilocks spot of the calendar – not too soon and not too late. 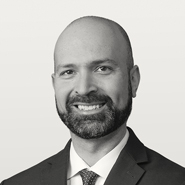