On May 5, 2021, the U.S. Department of Labor (DOL) officially withdrew from the Trump-era rule for classifying workers as independent contractors. This withdrawal has been anticipated since President Joe Biden assumed his role, and was official on May 6. The DOL is expected to publish a Final Rule in the Federal Register within the coming days.

On Jan. 6, 2021, just two weeks before President Biden took office, the DOL issued a new rule to be utilized in determining whether to classify workers as independent contractors or as employees under the Fair Labor Standards Act (FLSA). With this rule, the DOL intended to provide more consistency in applying the factors of the economic realities test by singling out two factors, the “core factors,” as determinative of the outcome of the classification.

Critics opposed the rule for a number of reasons, including: The rule created a narrower test for employee status, which was contrary to the FLSA’s purpose and judicial precedent; the rule undermined the long-standing balancing approach of the economic realities test by prioritizing only two of the six factors; and, many workers would have lost protections under the FLSA with the rule’s narrow classification analysis.

In its announcement on May 5 reporting the withdrawal, the DOL stated, “Upon further review and consideration of the rule and having considered the public comments, the department does not believe that the independent contractor rule is fully aligned with the FLSA’s text or purpose or with decades of case law describing and applying the multifactor economic realities test”.

These six factors are subject to a balancing test and analyzed under the totality of the circumstances.

ABC Test to Go Before Senate

Recently, Congress, for the second time in two years, passed the Protecting the Right to Organize Act (PRO Act), which would apply the ABC test to the National Labor Relations Act (NLRA). The ABC test, according to supporters, would create brighter lines and fewer grey areas in classifying workers than the economic realities test. With the ABC test, it is presumed that a worker is an employee unless the employer is able to demonstrate that the worker is free from its control, the worker performs work outside its line of business, and the worker operates as an independent firm. On April 28, 2021, President Biden emphasized his support of the PRO Act during an address to Congress. However, prior to becoming law, this Act must pass in the Senate.

For specific questions about wage and hour policies, please contact your Dinsmore labor and employment attorney 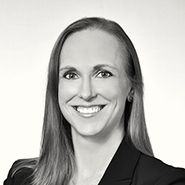