On Monday, Sept. 9, 2019, the National Labor Relations Board (NLRB) issued its decision in The Boeing Company and International Association of Machinists and Aerospace Workers, adopting a three part test for determining whether a bargaining unit is appropriate under the analysis set forth in PCC Structurals, Inc., 365 NLRB 160 (2017). Applying the three part test, the NLRB reversed a regional director’s decision approving a petitioned-for unit because the unit did not share a community of interests and the unit’s interests were not distinct from excluded employees.

On May 21, 2018, the NLRB regional director issued a Decision and Direction of Election finding that a petitioned-for unit at The Boeing Company’s (Employer) South Carolina production facility was appropriate under PCC Structurals, Inc. The petitioned-for unit consisted of two classifications of employees within the Employer’s production line of the 787 aircraft: flight-line readiness technicians (FRTs) and flight-line readiness technician inspectors (FRTIs). These classifications include approximately 178 of the 2,700 production and maintenance employees at the facility and are responsible for performing and inspecting various work on the Flight Line. On May 31, 2018, the election took place, and the petitioner prevailed. On June 12, 2018, the regional director issued a Certification of Representative, which the Employer opposed.

On review, the NLRB determined the petitioned-for unit was inappropriate under the PCC Structurals, Inc. decision and reversed the decision of the regional director. The NLRB began by setting forth a three-step analysis for determining whether a petitioned-for unit is appropriate under the PCC Structurals, Inc. decision as follows: (1) the proposed unit must share an internal community of interest; (2) the interests of those within the proposed unit and the shared and distinct interests of those excluded from that unit must be comparatively analyzed and weighed; and (3) considerationConsideration of the board’s decisions on appropriate units in the particular industry involved. If the petitioned-for unit is found to be inappropriate at any step, the inquiry ends.

Accordingly, the NLRB vacated the Certification of Representative and dismissed the petition.

It is important to note the foregoing opinion is subject to formal revision before publication in the bound volumes of NLRB decisions. It may also be appealed to the appropriate U.S. court of appeals and, ultimately, to the U.S. Supreme Court.

The NLRB’s decision in The Boeing Company and International Association of Machinists and Aerospace Workers provides clear guidance on the process and factors for determining whether a petitioned-for unit is appropriate under the National Labor Relations Act and PCC Structurals, Inc. Further, the decision makes abundantly clear unions cannot isolate small subsections of a larger workforce to form bargaining units without good reason for doing so, i.e., unless the proposed group has its own community of interest and unique bargaining concerns.

For more information regarding compliance with this decision, please contact your Dinsmore labor attorney. 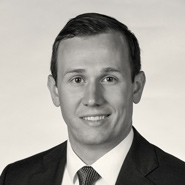