On December 14, 2022, the National Labor Relations Board reinstated a previous test used to determine which employees must be included in an appropriate bargaining unit. In American Steel Construction, Inc., 372 NLRB No. 23 (2022), the Board overruled the test established in PCC Structurals, 365 NLRB No. 160 (2017), and The Boeing Co., 368 NLRB No. 67 (2019), opting to return to the test set forth in Specialty Healthcare & Rehabilitation Center of Mobile, 357 NLRB 934 (2011). This test revives “micro-units” for organizing, forcing businesses to possibly bargain with many separate unions in one workplace.

This heightened standard set forth in Specialty Healthcare lasted until 2017, when the board returned the community of interest standard to its traditional state in PCC Structurals. That standard, however, was also short lived with the current board reinstating the heightened standard in American Steel Construction, Inc.

What Employers Need to Know

From 2011 to 2017, employers struggled to meet the heightened standard set forth under Specialty Healthcare. This led to unions forming “micro” bargaining units as the board began to approve almost any proposed bargaining unit. Some of the more obscure units reported by the U.S. Chamber of Commerce included a Macy’s bargaining unit with only cosmetic and fragrance sales associates instead of all sales associates at the store, a Bergdorf Goodman bargaining unit with only women’s shoes salespeople, and a Panera Bread unit consisting of 17 out of 43 bakers in 6 out of 17 cafes. Employers should expect this trend to reemerge, as well as general success in union certification, as it is typically easier to obtain majority support in smaller units. The decision applies to all industries, meaning employers in all fields can expect to see micro bargaining units in the near future. Prior legal challenges to the heightened standard were unsuccessful. Thus, employers can expect the standard to remain in place so long as the board maintains a democratic majority.

If you are an employer with questions about how your business may be affected by this new decision, contact your Dinsmore Labor and Employment attorney to discuss. 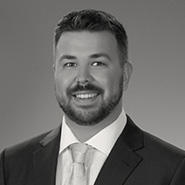