Ohio’s “Heartbeat” Bill became law in Ohio when the U.S. District Court, Southern District of Ohio lifted its long pending injunction after the Supreme Court overturned Roe v. Wade. Except for a “medical emergency” (as defined in the new law), knowingly and purposefully performing or inducing an abortion on a pregnant woman of an intrauterine pregnancy in Ohio is prohibited when (1) a fetal heartbeat is present; or (2) no determination is made as to whether there is a detectable fetal heartbeat. A person who violates this section of the new law is deemed guilty of a felony of the fifth degree, and is also subject to disciplinary action by the State Medical Board of Ohio (“Ohio Medical Board”).

Pursuant to R.C. 4731.22(B)(10), the Ohio Medical Board is authorized to take disciplinary action against a physician licensed by the Board to practice medicine in Ohio for commission of an act that constitutes a felony in Ohio, regardless of the jurisdiction in which the act was committed. The discipline includes, but is not limited to, revocation, suspension, and probation of an Ohio medical license. The Ohio Medical Board has taken disciplinary action against licensees for conduct that constitutes a felony. That is, even where there was no prior criminal conviction.  See for example, Hayes v. State Medical Board of Ohio (10th Appellate District, Franklin County, 99AP-1239), wherein a physician was disciplined under this provision for actions that constituted perjury even though he was not actually convicted of a crime. The Court determined the Medical board does not have to wait for a criminal prosecution before it acts.

The Ohio Medical Board’s authority to discipline a physician licensed to practice medicine in Ohio for commission of an act that constitutes a felony in Ohio, regardless of the jurisdiction in which the act was committed, is very broad and could have a far-reaching impact for Ohio licensed physicians who perform or induce abortions not just within the borders of Ohio but also for actions outside of Ohio. Examples include:

As a result, a disciplinary action by a State medical board can serve as the basis for discipline by another State medical board (a “bootstrap” action) regardless of the underlying facts. Thus, a “domino effect” can occur from Ohio to other states where the physician is licensed. Further, the Ohio Medical Board can institute disciplinary action even if the physician’s license to practice medicine in Ohio has lapsed or is inactive. This means, even physicians previously licensed in Ohio, who practice in other states face licensure exposure from Ohio where they have no active license.

If you have any questions about this article, or the Ohio Medical Board in general, contact Dinsmore healthcare lawyer, Beth Collis, at (614) 628-6945 or by email at [email protected]. 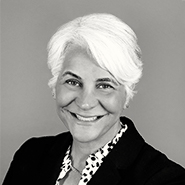