In January 2021, Ohio Governor Mike DeWine signed House Bill 263, better known as the Fresh Start Act (the Act), into law. The Act standardizes the professional licensure process in Ohio by removing vague disqualifiers such as “moral turpitude” and “lack of moral character.” Through its restorative justice approach, the Act offers professionals with records of certain prior offenses a path to licensure. Most of the Act’s provisions become effective on Oct. 9, 2021, which is also the deadline for state licensing authorities to submit a new list of disqualifying offenses.

The Act impacts a number of professions, including but not limited to physicians, nurses, dentists, chiropractors, and pharmacists. Under the new law, licensing boards are prohibited from rejecting an individual’s application for initial licensure for any of the following reasons:

-Solely or in part on a conviction of, judicial finding of guilt of, or plea of guilty to an offense;

-A criminal charge that does not result in a conviction, judicial finding of guilt, or plea of guilty;

-A nonspecific qualification, such as “moral turpitude” or lack of “moral character”;

The Act does not apply to license renewals. However, convictions, guilty pleas, or findings of guilt must be considered under the Act before refusing a license renewal.

Furthermore, the Act restricts the amount of time an offense may be considered as part of the applicant’s submission.

If you have questions about Ohio’s Fresh Start Act or are seeking professional licensure in your state, please contact Todd Collis at (614) 628-6962 or [email protected].

*Ashley Durner is a summer associate at Dinsmore & Shohl, LLP, and is not licensed to practice law. Mr. Collis thanks Ms. Durner for her assistance with the preparation of this article. 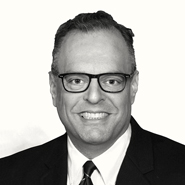 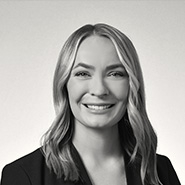