In 2015, the Federal Communications Commission expanded the reach of the Telephone Consumer Protection Act (TCPA) in several respects.   Petitioners appealed Declaratory Ruling 15-72 challenging four findings that turned TCPA law on its head.  On March 16, 2018, the DC Circuit issued a decision on that petition in ACA International v. FCC, et. al, setting aside two major FCC rulings and upholding two others.

The first of the four issues before the court was “which sorts of automated dialing equipment are subject to the TCPA’s restrictions on unconsented calls.”

In its 2015 declaratory ruling, the FCC ruled “dialing equipment generally has the capacity to store or produce, and dial random or sequential numbers (and thus meets the TCPA’s definition of autodialer) even if it is not presently used for that purpose, including when the caller is calling a set list of consumers.”  FCC 15-72.  It also affirmed that predictive dialers satisfy the definition of auto-dialer referencing its 2003 ruling.  2003 TCPA Order, 18 FCC Rcd at 14091, para 131.  The commission focused on the “capacity” of any equipment being used and specifically denied the argument a dialer is not a predictive dialer or ATDS if it dials numbers from customer telephone lists instead of randomly or sequentially.  23 FCC Rcd. At 566-67, para. 14; FCC 15-72, paragraph 13.  Believing Congress intended a broad definition of autodialer, the FCC reiterated autodialers need only have the capacity to dial random and sequential numbers rather than the “present ability” to do so.  Id., para. 15.

The court rejected this broad interpretation of what constitutes an ATDS finding that the order could subject a smartphone to coverage under the TCPA which the court found “an unreasonably expansive interpretation of the statute.”  “It is untenable to construe the term “capacity” in the statutory definition of an ATDS in a manner that brings within the definition’s fold the most ubiquitous type of phone equipment known, used countless times each day for routine communications by the vast majority of people in the country.”  The court found the FCC order lacking guidance on what really constitutes an ATDS.  The court asks:  “so, which is it:  does a device qualify as an ATDS only if it can generate random or sequential numbers to be dialed, or can it so qualify even if it lacks that capacity.”  In several FCC orders, including the 2015 order, the FCC ruled the basic function of an ATDS is the capacity to dial without human intervention.  But it refused to rule that if a system lacked that capacity that it was not an ATDS.

“The order’s lack of clarity about which functions qualify a device as an autodialer compounds the unreasonableness of the Commission’s expansive understanding of when a device has the ‘capacity’ to perform the necessary functions. We therefore set aside the Commission’s treatment of those matters.”

The decision is helpful in throwing out the overly broad ATDS definition, but does not provide a clear definition of ATDS either.  Practically speaking, utilizing human intervention and call lists should provide some additional defenses to TCPA claims.

Several petitioners sought guidance from the FCC about calling a number that has been reassigned to a person who had not provided consent.  The petitioners argued consent follows the number such that calling the current subscriber who had not provided consent would not run afoul of the consent provisions of the TCPA.  The FCC denied that logic and found it is the current subscriber of the number who must have provided consent.  Of course, the current subscriber has no obligation to inform the calling party it is not the intended recipient.  The FCC ruled consent does not follow the number such that only the current subscriber or regular user of the number must consent to the call.  The FCC also ruled callers have a one-call safe harbor to determine if the called party is actually the person who provided the consent or if such person inherited a reassigned number.  The court agreed consent does not follow reassignment but threw out the one-call safe harbor in favor of a “reasonable reliance” standard.  Call centers should still be diligent in using scrub lists and other methods to ensure numbers have not been reassigned, but absent communication from a re-assigned subscriber, callers can point to “reasonable reliance” in wrong number cases.

The FCC 2015 order held a person who previously provided consent could revoke consent by “any reasonable means” orally or in writing “that clearly expresses a desire not to receive further messages.“   To determine whether a revocation was done by reasonable means, the commission espoused a “totality of the circumstances” litmus test.  Petitioners argued standardized revocation is necessary.  The court rejected this notion but did state that methods of revocation may be agreed upon by the caller and called party so long as it is mutual.  This is not as helpful as Reyes v. Lincoln Automotive Financial Services, 861 F. 3d 51 (2d Cir. 2017) where the Second Circuit ruled the concept of unilateral consent contravenes longstanding common contracts law.  That ruling is currently limited to the Second Circuit, however, so banks and retailers may want to include language in loan documents and credit card agreements providing specific revocation methods to limit exposure in claims of post-revocation calls.

The court rejected arguments by Rite Aid that the FCC’s ruling limiting the exigent health care exemption to calls regarding healthcare treatment contravenes the Health Insurance Portability and Accountability Act (HIPAA).  The court held that the FCC was within its authority not to include billing, account and collection calls as exempt from the TCPA consent requirements because “healthcare providers could use ATDS equipment to bombard nonconsenting wireless users with calls and texts concerning outstanding charges without incurring TCPA liability.”

All in all, the DC Circuit opinion, while well-reasoned, does not provide the clarity needed to calm the waters.  But it does provide additional defenses to certain TCPA claims which may make certain TCPA cases cost-prohibitive for plaintiffs. 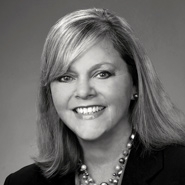