Supreme Court: Schools Are Limited in Regulation of Off-Campus Speech

On Wednesday, June 23, 2021, the United States Supreme Court issued its decision in Mahanoy Area School District v. B.L., a much-anticipated decision regarding schools’ regulation of off-campus speech. The Court held that while schools may discipline students for some off-campus speech, their ability to do so is much more limited than for on-campus speech.

B.L. was a student at Mahanoy Area High School and cheered on the junior varsity team during her freshman year. When she did not make the varsity squad her sophomore year, B.L. posted a photo to Snapchat of her and a friend holding up their middle fingers and captioned the photo with multiple uncensored expletives. She posted a second message referring to cheerleading but not including profanity. Some of B.L.’s Snapchat friends shared the posts with the cheerleading coaches, who determined that B.L. violated team rules as well as school rules. B.L. was removed from the cheerleading team for her sophomore year but was told she could try out again before her junior year. She appealed within the school system, but her appeals were rejected.

B.L. filed a federal lawsuit alleging that her First Amendment rights were violated when she was disciplined for off-campus speech. The district court held in her favor, finding that even if the school could regulate off-campus speech, her messages were not sufficiently disruptive to permit the school to discipline her. The school district appealed to the U.S. Court of Appeals for the Third Circuit, which held that schools may not discipline students for off-campus speech unless the speech was not protected by the First Amendment (threats to the school or others, for example). The school district appealed to the U.S. Supreme Court.

The Court first disagreed with the Third Circuit that schools may never regulate off-campus speech. The Court said there may be situations (bullying, for example) that call for intervention by schools, and the computer-based learning environment makes it difficult to assess when on-campus speech becomes off-campus. The Court stated it could not predict all of the circumstances in which regulation of off-campus speech would be appropriate, and instead stated simply, “the leeway the First Amendment grants to schools in light of their special characteristics is diminished” with respect to off-campus speech.

With respect to B.L., the Court held that the school system had violated her First Amendment rights when it disciplined her for her speech. The Court noted that it was purely off-campus speech and did not even identify the school. If B.L. had been an adult, her speech clearly would be protected under the First Amendment. The Court also noted that the school system had failed to show any disruption in the learning environment.

So where does this leave school systems? The effect of this decision is that school systems should be careful when regulating any off-campus speech, but, there are still circumstances where it may be appropriate to do so. Speech that occurs during a school-sponsored event, during online learning, or that causes a disruption to the learning environment might still be appropriately disciplined, depending on the circumstances. Speech that occurs via social media on an evening or weekend and that has little connection to the school day might not meet that same standard. Schools must carefully assess the speech before determining whether discipline is appropriate.

Should you have any questions on this issue or others, please contact a member of Dinsmore & Shohl's Education practice group. 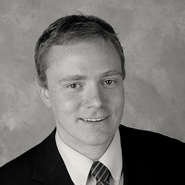