Can a local prosecutor obtain the president’s tax returns in a state criminal investigation?

Tax Season is upon us. Fittingly, in one of a trio of cases involving the tax returns of President Donald Trump the U.S. Supreme Court will hear this spring, the Court must decide whether a local prosecutor can obtain the President’s tax returns for use in a state grand jury investigation.

Trump v. Vance stems from a state grand jury investigation by New York District Attorney Cyrus Vance, Jr. into alleged hush money payments made on the President’s behalf to women with whom he allegedly had extramarital affairs. On Aug. 29, 2019, the grand jury issued a subpoena to Mazars, the President’s accounting firm. The subpoena sought various documents, including tax returns of the President, from January 2011 to the present.

On Sept. 19, 2019, attorneys for the President filed a motion for injunctive relief to prevent enforcement of the Mazars subpoena in the United States District Court for the Southern District of New York. The court held oral arguments on Sept. 25 and issued a decision on Oct. 7.[i] In its decision, the court found under federalism principles, specifically the Supreme Court’s Younger Doctrine, it was required to abstain from deciding the merits of the President’s motion because federal courts do not generally interfere in state criminal investigations. In the alternative, to expedite the resolution of the issues on appeal, the court dismissed the President’s motion and found he could not prevent enforcement of the subpoena because he enjoyed no immunity over a subpoena issued to a third-party accounting firm for documents relevant to an investigation into potentially criminal conduct in his private capacity.

On appeal, the United States Court of Appeals for the Second Circuit declared on Nov. 4 it had the authority to reach the merits of the President’s motion and affirmed the decision of the trial court to dismiss the motion.[ii] The Second Circuit ruled the President did not have immunity and could not prevent enforcement of the Mazars subpoena.

President Trump filed a petition for a writ of certiorari with the Supreme Court, which granted the petition on Dec. 13. The President, the District Attorney, and the U.S. Solicitor General (on behalf of the United States as amicus curiae) all filed briefs.

President Trump argues he should be absolutely immune from criminal investigation while president. He asserts Article II of the U.S. Constitution requires “all aspects of criminal prosecution of a President must follow impeachment and that removal from office must precede any form of criminal process against an incumbent President.”[iii] According to Trump, this rationale is enhanced when state and local prosecutors seek to investigate, indict, prosecute, arrest, or detain the President because the Supremacy Clause of the U.S. Constitution “exists to ensure that States are unable to ‘defeat the legitimate operations’ of the federal government.”[iv] Otherwise, local prosecutors across the country could mire the President in investigation after investigation, curtailing his ability to perform the duties of the Office, and bringing the federal government to a halt.

Vance counters that there is no support for the President’s claims of absolute presidential immunity. In fact, Vance argues, the Supreme Court’s 1974 decision in United States v. Nixon[v] controls the result in the case. In Nixon, of course, the Supreme Court required the President to produce audio tapes of confidential conversations between himself and his advisers. Vance compares Nixon to President Trump’s position. First, President Nixon was required to turn over the tapes even though they implicated his official duties; President Trump seeks to withhold information related solely to his private conduct. Second, the information in Nixon was to be used in a public, criminal trial; President Trump’s tax returns are required to be kept secret under New York’s grand jury laws. Third, Nixon required the President himself to produce the requested information; here, President Trump’s accountants—not the President—are requested to produce his tax returns. Finally, President Nixon was named as an unindicted coconspirator in the proceeding for which his records were sought; President Trump is not similarly named in the state grand jury investigation. Vance sums up his argument this way: “If the subpoena in Nixon was enforceable, the Mazars Subpoena must be as well.”[vi]

The Solicitor General, meanwhile, argues a heightened standard should apply to presidential subpoenas. The Solicitor worries allowing prosecutors to issue subpoenas for presidential documents “raises the risk that prosecutors could use subpoenas to harass the President as a result of opposition to his policies.”[vii] Because of the President’s unique position in the American constitutional system, according to the Solicitor, a local prosecutor should be required to establish a “demonstrated, specific need” for the information the prosecutor seeks.[viii]

The Solicitor’s position may provide the Supreme Court an opportunity to remand the case, if it wishes to avoid the merits for now, as the lower courts did not consider whether there was a demonstrated, specific need for the subpoenaed information. By following the Solicitor’s proposed alternate route, the Court could decide both that the President does not enjoy absolute immunity and local prosecutors must show a heightened need for compelling the production of presidential documents via subpoena, an option the Court may find attractive.

Trump v. Vance is a companion to two other cases involving subpoenas for the tax returns of the President. The others—Trump v. Mazars (D.C. Cir.)[ix] and Trump v. Deutsche Bank (2d Cir.)[x]—involve the enforceability of subpoenas issued by the U.S. House of Representatives Oversight and Reform, Financial Services, and Intelligence Committees. Although all three cases involve subpoenas for the President’s tax returns, the congressional cases do not involve questions of presidential immunity. Rather, the question in the congressional cases is whether Congress is seeking relevant information for a legitimate legislative purpose and has the authority to do so.

The Supreme Court is scheduled to hear oral arguments in all three cases in March. A final decision is expected by the end of June.

D. Michael Crites is a partner in the Columbus office of Dinsmore & Shohl LLP, where he focuses his practice on white-collar crime.  He is a former United States Attorney for the Southern District of Ohio.  Joshua M. Cartee is a litigation associate in Dinsmore’s Columbus office and a former assistant attorney general for the State of Ohio. 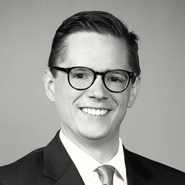