The Ohio Supreme Court issued a decision on September 27, 2018 which clarifies the “voluntary abandonment” doctrine, and expands the circumstances under which a claimant’s own actions may preclude the payment of temporary total compensation in State, ex rel. Klein v. Precision Excavating & Grading Co., 2018-Ohio-3890.

In Klein, the Court addressed a situation in which the claimant had informed his employer in late October 2014 that he would be resigning his position to relocate to Florida.  Prior to his resignation, Klein was injured at work on November 5, 2014.  He did not return to work following his injury and followed through with his planned relocation to Florida.  The Industrial Commission awarded only a closed period of temporary total compensation, concluding Klein had voluntarily terminated his employment on November 20, 2014, for reasons unrelated to his injury.

The Court of Appeals disagreed, relying upon previous decisions which held that if an injured worker remained medically unable to return to work the injured worker was likewise unable to voluntarily abandon employment and thus would remain eligible for temporary total compensation.

On appeal, the Supreme Court disagreed.  The Court explicitly overruled its previous decisions in Reitter Stucco and OmniSource, finding that both of those previous decisions had mistakenly contradicted the fundamental principle of temporary total compensation, which requires that the injury must cause the loss of earnings in order for the claimant to be eligible for temporary total compensation.

The Court explained that it would not serve the purpose of temporary total compensation to award compensation to an injured worker whose own actions, rather than the workplace injury, prevent a return to the former position of employment.

The Court also clarified that there is no logical basis for distinguishing between abandonment caused by an employee’s termination for violation of a written company policy and those caused by a voluntary resignation.  In the case of Klein, since he had already expressed an intention to leave his employment and move to Florida before his injury, the Industrial Commission had correctly denied temporary total compensation since Klein’s own actions rather than his workplace injury prevented his return to his former position of employment.

As a result of the decision in Klein, employers should carefully consider whether temporary total compensation should be disputed in any workers’ compensation claim where the employment relationship has been terminated for reasons unrelated to the industrial injury.  If you have any questions involving such a situation, please contact a member of Dinsmore Workers’ Compensation Group. 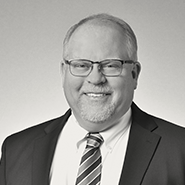