Filing for bankruptcy might seem like an unlikely possibility for your company, and it probably is. But it happens. In the past, bankrupt brand owners had no clear answer as to whether, under bankruptcy law, they could both reject and rescind outgoing trademark licenses with the Bankruptcy Court’s approval. Now, the United States Supreme Court has provided an answer:  They cannot.

Tempnology filed for Chapter 11 bankruptcy and asked the Bankruptcy Court to allow it to reject the licensing agreement. To “reject” a contract generally constitutes a breach, and the other party may seek redress. But Tempnology sought not only to end its agreement with Mission but also to rescind it, so that Mission must immediately stop using Tempnology’s trademarks. Tempnology was relying on the Bankruptcy Code’s specific carveout that allows licensees to continue using intellectual property after a licensor’s rejection but defines “intellectual property” to include patents, copyrights, and trade secrets – not trademarks.

The Bankruptcy Court had sided with Tempnology, ruling that its licensee could not continue using its trademarks because the Code’s carveout for continued use did not include trademarks. The Bankruptcy Appeal Court reversed that decision, finding that a rejection converts a debtor’s/licensor’s unfulfilled obligations to a pre-petition position but does not terminate the contract.

The Court of Appeals for the First Circuit held that because a trademark owner must monitor and exercise quality control over its licensed marks, a licensor would have to continue spending money and time on its monitoring activities, even after filing for bankruptcy. This, the Court found, would “frustrate Congress’s principle aim in providing for the rejection.”

The United States Supreme Court took up the case to settle the issue. It found “a rejection has the same consequences as a contract breach outside bankruptcy:  it gives the counterparty a claim for damages, while leaving intact the rights the counterparty has received under the contract.” In other words, rejection of any contract in bankruptcy operates as a breach – even trademark contracts. The Court relied on the language of the Bankruptcy Code in making its decision. Section 365(g) states that a rejection of an executory contract “constitutes a breach of such contract.” Because there is no specific definition of “breach” in the Code, it is given its common, established meaning. “Breach” in the Code means what it means in contract law outside bankruptcy.

For brand owners, this means rejecting a contract in bankruptcy has the same effect as breaching a contract outside bankruptcy. The bankrupt licensor cannot rescind rights the contract previously granted. Licensees may continue using the licensed marks as well as seeking damages.

This scenario is one that brand owners prefer to think of as remote. Despite that, licensors should bear in mind trademark licensing agreements will not disappear upon bankruptcy. If nothing else, this decision highlights the importance of making sure a company’s bankruptcy lawyers and IP counsel talk to each other. 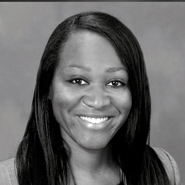