Recent enforcement actions initiated by the Bureau of Industry and Security’s (“BIS”) Office of Antiboycott Compliance (“OAC”) serve as a warning to U.S. persons (including U.S. companies) with business interests in and around the Middle East. It is easy for the complacent to run afoul of OAC’s Antiboycott Regulations when evaluating and responding to otherwise routine documents such as a letters of credit, shipping certificates, or purchase orders.

In mid 2019, Zurn Industries, LLC, a plumbing manufacturer, paid $54,000 to settle allegations it had failed to report to the U.S. Department of Commerce seemingly benign inquiries from the United Arab Emirates and Qatar about legal compliance. This was the first enforcement case brought by OAC since the Export Control Reform Act of 2018 provided permanent statutory authority for the Antiboycott Regulations.

The Antiboycott Regulations prohibit U.S. persons, including “controlled in fact” foreign subsidiaries of U.S. companies, from complying with foreign[1] boycott requests in regards to a business opportunity within “interstate or foreign commerce of the United States.” Such compliance with a boycott request could take the form of a refusal to do business, a selection of one bidder over another, or an avoidance of work with certain entities or persons due to their presence on a blacklist, if such action was taken for “boycott reasons.”[2]

Zurn allegedly committed 27 violations of the Antiboycott Regulations when it failed to report “boycott requests,” including requests for:

These seemingly innocuous legal compliance questions make no mention of Israel or terms such as “boycott” or “blacklist.” Yet, these requests have the purpose of furthering a foreign boycott of Israel. Failure to catch, report, and to the extent required, modify the boycott requests may be costly. The maximum civil monetary penalty is $300,000 per violation, or twice the value of the transaction in question, whichever is greater.[3] Zurn paid $54,000 to settle 27 alleged violations that had a total maximum civil penalty of at least $8.1 million.

In the balance of 2019, after the Zurn settlement, OAC settled two other enforcement actions and issued two warning letters. In both enforcement action settlements, companies had not only failed to report boycott requests, but also took affirmative steps. They acquiesced to the requests by supplying information about business relationships with boycotted countries or blacklisted persons. The two warning letters, in contrast, involved companies failing to report three boycott requests each.

Though boycott requests can be difficult to spot to the untrained eye, merely failing to report the request is itself a violation for which a civil penalty may be assessed. Consenting to such a request constitutes a second independent violation for which a second civil penalty may be assessed. Declining a business opportunity with “boycott intent” is also prohibited. For example, you may not refuse to purchase from a certain supplier because you know the supplier is blacklisted in a country for boycott reasons.

The UAE and Qatar, along with many other Arab League countries such as Iraq, Kuwait, Lebanon, Libya, Saudi Arabia, Syria, and Yemen, participate in the boycott of Israel. The U.S. Treasury Department publishes a non-exhaustive quarterly list of “boycotting countries” in the Federal Register that currently lists these countries.[4] If a transaction involves a listed country, that is a red flag, and those documents and communications should be subject to greater scrutiny. But the Treasury List is not exhaustive, and countries that are not members of the Arab League, such as Pakistan, Bangladesh, Brunei, and Iran, also boycott Israel.

In addition to the BIS Antiboycott Regulations, the U.S. Treasury Department administers a second set of similar antiboycott regulations.[5] Violations of the Treasury regulations result in tax consequences rather than civil penalties, intent is not required, and the scope is not limited to activities in “interstate or foreign commerce of the United States.”

In short, if doing business in the Middle East, make sure your compliance program addresses antiboycott compliance. Be vigilant in communications and when reviewing documents from counterparties that pose facially harmless compliance questions, and consider engaging legal counsel as needed.

[1] The Antiboycott Regulations pertain to foreign boycotts—domestic boycotts are not covered. 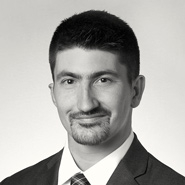