As seen in the National Law Review:

Attorney General Jeff Sessions has caused chaos in the marijuana industry and is forcing those who have made efforts to create legalized businesses in compliance with state laws to ponder whether their anticipated profits will go up in smoke. In a memo to all U.S. attorneys, Sessions rescinded Obama-era decrees that restrained prosecutors from enforcing federal drug laws in states that acted to legalize marijuana under their own laws. The decrees created an environment in which states felt they had the freedom to legalize marijuana without interference from federal authorities. Nonetheless, all aspects of the marijuana industry – for example, growing, manufacturing related products, distributing, advertising, and managing property used to grow, manufacture or distribute marijuana – have remained illegal. The updated guidance from Sessions now encourages federal prosecutors to resume enforcing these laws.

It is no coincidence that Sessions, a longtime opponent of the legalization of marijuana for recreational use, issued his guidance just days after California allowed recreational marijuana businesses to open their doors. Those who follow this issue know Sessions also has his sights set on enforcing federal drug laws against those engaged in the medical marijuana industry. Sessions requested Congress remove a budgetary provision currently prohibiting the Department of Justice (DOJ) from using funds to “prevent certain states ‘from implementing their own State laws that authorize the use, distribution, possession or cultivation of medical marijuana[.]’”[1]

This new guidance highlights the conflict that exists between federal law and the laws of state, local and tribal governments that have seemingly legalized marijuana both recreationally and medically. This should be cause for concern for those involved in the marijuana industry. Federal drug laws prevail over the comparable laws of states, cities and tribal communities; so, compliance with those laws is not a defense to the violation of federal laws prohibiting every aspect of the fast-growing marijuana industry. A key factor for its future is what happens to the Rohrabacher-Blumenauer Amendment, also known as the Rohrabacher-Farr Amendment, which prohibits the DOJ from spending federal funds to interfere with state medical marijuana laws. The law will expire on January 19 absent its annual re-authorization from Congress.

Ultimately, the manner in which the guidance from Sessions will be implemented by federal prosecutors around the country is uncertain. However, now that the prosecutors have the freedom and the instruction to enforce the drug laws against the marijuana industry, it is likely they will flex their muscles. This will result in substantially adverse legal and economic consequences for the businesses and individuals engaged in that industry. If you are concerned about the impact this new guidance may have on you, your business or an investment of yours, please contact your Dinsmore attorney. We have many attorneys experienced in this area, including multiple former federal prosecutors, who can assist you with your needs and concerns.

[1] Jeff Sessions’ letter regarding Department of Justice Appropriations is available at https://www.scribd.com/document/351079834/Sessions-Asks-Congress-To-Undo-Medical-Marijuana-Protections. 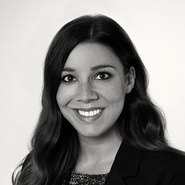