Most rental property owners (Owners) are subject to federal, state, and local anti-discrimination housing laws. When an Owner receives notice of a complaint alleging violations of these laws, it is important to take the complaint very seriously. There are significant business, financial, public relations, and personal risks involved with a fair-housing complaint.

The most critical part of an Owner’s response to a fair-housing complaint is immediately engaging legal counsel with experience in defending against these types of complaints. It is never a good idea for Owners to try to go it alone when faced with a fair-housing complaint. An Owner can find themselves spending more time, more money, and ending up in an overall worse position than if they had retained experienced counsel.

One way these complaints arise is for an applicant or resident to submit a complaint to the appropriate government agency. At the federal level, that’s HUD. At the state level in Ohio, it’s the Ohio Civil Rights Commission. At the local level, using Dayton as an example, it’s the Dayton Human Relations Council. The process typically begins with the complainant contacting one of these agencies and submitting a written complaint. Sometimes, the agency may assist the complainant in reducing their allegations to writing.

Another way the process may start is with a government agency initiating its own complaint, based on alleged violations the agency claims it has discovered in the course of its operations. One common type of alleged violation involves discriminatory advertising by the Owner, which the agency finds in a publication or online. Another common type involves allegedly discriminatory interactions between the Owner and a person who is associated with the agency and poses as someone interested in renting from the Owner. These people are known as “testers.”

A tester either will be a member of a protected group or will pose as one, such as by claiming the need for a support animal due to an alleged disability. The tester typically will work with another person, who is not a member of a protected group. Both individuals will interact with the Owner, with direction from the agency, to test whether the Owner treats the tester differently from the person not from a protected group. If the agency believes the answer was “yes,” then it will file a fair-housing complaint against the Owner. You may be thinking, Can they really do that? The answer is they absolutely can, and they do.

A final way the fair-housing complaint process may start is for an FHO to initiate its own complaint, based on alleged violations it claims to have discovered in the course of its operations. Owner advertising is a common source of complaints by FHOs. FHOs also can use their own testers, in the same manner discussed above with government agencies. Using testers is a tactic that is a favorite of FHOs.

Some of the risks presented by a fair-housing complaint include:

This list of risks set forth above is not all inclusive, and it still may be overwhelming for Owners reading this. The good news is there are numerous strategies Owners can implement to reduce their chances of being subject to a fair-housing complaint (particularly complaints generated by the use of testers), and to increase their chances of successfully defending against complaints filed against them. It is recommended to contact legal counsel well-versed in fair-housing laws and experienced in defending against fair-housing complaints to further discuss these strategies. Owners definitely take on many risks if they try to go it alone in these cases. 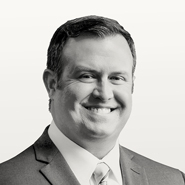