RFP for Entertainment Venue and RFQ for Banks Developer(s)

After Atlanta-based developer, Carter USA, pulled out as the master developer of the Banks Project along Cincinnati’s riverfront, the project effectively stalled.  However, the Joint Banks Steering Committee (JBSC), charged with offering recommendations with respect to this project, reconvened January 23, 2018 to take two actions.

First, it promoted the opportunity for an Entertainment Venue and Event Center (the Venue) and approved a draft Request for Proposal (RFP) to attract potential developers for this project.  The formal RFP schedule is as follows:

*An earnest money deposit of $10,000 will be required upon submission of the developer proposal .

Some of the features of the Venue would include a seating capacity of 2,500 to 6,000 people to be built on an approximate one acre site.  PromoWest and the Cincinnati Symphony Orchestra have shown initial interest in being potential operators.  It is hoped this Venue will jump start the overall Banks project which to date has constructed approximately one million square feet of mixed-use space.  A draft of the RFP can be viewed here.

Second, the JBSC intends to prepare a Request for Qualifications (RFQ) as to the remaining development sites on the Banks in the coming days.  Based on the discussions that occurred at the last JBSC meeting, it appears there will be a preference not to follow the prior master developer selection process.  Instead, multiple developers, based on their qualifications, may be involved with the remaining lots for development.  The goal for following a multiple developer selection process is to create healthy competition for the best product on the remaining lots.  The chairman of the JBSC, during the infrastructure update, noted there may be a need for better signage within the parking garages to assist people in finding their proper exits.

Since 1997 Hamilton County, Ohio and Cincinnati have made a public investment of over $1.7 billion in recreating Cincinnati’s riverfront.  The Banks is the home of Paul Brown Stadium, Great American Ballpark and The National Underground Railroad Freedom Center, in addition to a 171 room AC Marriott Hotel, 592 luxury apartment units and GE’s Global Operations Center. 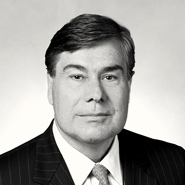