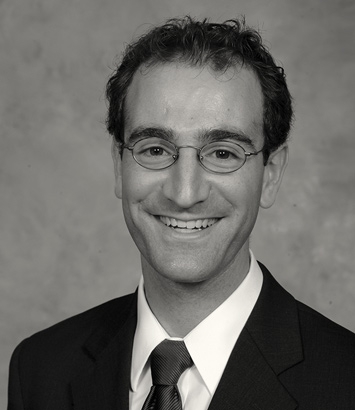 While Arie enjoys all aspects of litigation, he prefers being in the courtroom. He has successfully tried cases involving a diverse range of legal issues, including: legal malpractice, commercial trucking accidents, breach of contract, negligence, product liability, medical malpractice, and age and disability discrimination. He has successfully won matters before the West Virginia Supreme Court and the United States Fourth Circuit Court of Appeals involving claims such as legal malpractice, insurance coverage and bad faith, breach of fiduciary duty, workers compensation fraud, wrongful termination, and sexual discrimination. Arie is a resource to his peers on litigating cases with difficult issues, and his breadth and depth of experience give him a unique perspective on how to move complex cases to their conclusion, whether through compromise, motions practice, or trial.

Arie takes the time to analyze matters on the front end and provide his clients a thorough and detailed assessment of their case so a realistic goal can be set and a strategy can be implemented to achieve it. Clients appreciate his ability to discern which fights they can win, which arguments or matters they are likely to lose and how to minimize the damage, and that he is always ready to stand up and argue on their behalf. This practical advice has served his three primary client groups: fellow attorneys, insurance carriers, and employers.

Arie has defended lawyers from claims of malpractice, breach of fiduciary duty, breach of trust, tortious interference, and conspiracy. His broad base of experience makes him a valuable asset in malpractice cases because they almost always require an understanding of the law regarding, and a thoughtful analysis of his clients’ actions in, the underlying matter. He has defended lawyers in cases that arose out of real property transactions, criminal representation, employment litigation, personal injury, trusts and estates, property damage, and deliberate intent, as well as cases that involved alleged conflicts of interest.

When it comes to insurance disputes, be they coverage matters, bad faith claims, or allegations of fraud, Arie’s focus on the details and his knowledge of both case law and the regulations governing insurers’ conduct lets him help carriers deal with hard questions. Given the increasingly high stakes in declaratory judgment and bad faith actions, Arie’s ability to quickly assess the minutia of policy and claims documents as well as how the law applies to them pays dividends to his clients. His experience in this area includes victories before the West Virginia Supreme Court that achieved the dismissal of claims of common law bad faith and violations of West Virginia’s Unfair Trade Practices Act; the dismissal of claims of worker’s compensation fraud; and prevailing in a multimillion dollar coverage dispute.

As the son-in-law of a small business owner, Arie also understands the struggles employers can face when it comes to their workforce. He has defended employers from claims of age, sex, race, disability, and workers compensation discrimination, as well as wrongful termination, under both state and federal laws and has defended and prosecuted ERISA matters on behalf of employers. Arie also has extensive experience representing employers in the health care industry and has won the dismissal of claims under the West Virginia Patient Safety Act.

Because advocacy is one of Arie’s passions, he regularly teaches continuing legal education courses focused on civil litigation in general and trial tactics in particular.  Arie has given lectures on the Rules of Evidence, the Rules of Civil Procedure, Civil Trials, Trial Tactics, conducting discovery with respect to Social Media and how to use it at trial, and ethics with respect to Social Media as well as ethical considerations at trial.

Arie lives in Charleston with his wife Emily and their two boys.  You can typically find them out hiking or rock climbing at the New River Gorge on the weekends, or in town at Ellen’s Ice Cream on just about any day of the week.