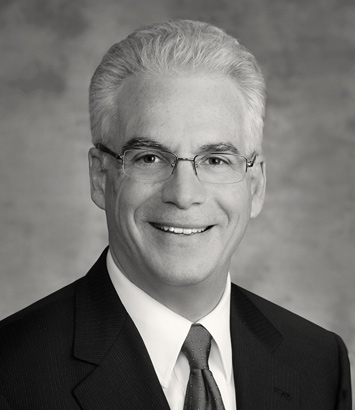 Brian is chair of Dinsmore’s IP Transactions and Licensing Group. He is a past president of the Licensing Executives Society (USA and Canada), Inc. (LES), the leading professional society devoted to commercial transactions and licensing of intangible property. He continues to serve LES as senior vice president for public policy. He has extensive experience in a wide variety of commercial transactions involving intangible property, and is known for creative licensing strategies to promote collaboration and resolve IP-related disputes.

He is a registered patent attorney with more than 30 years of experience before the U.S. Patent and Trademark Office and in structuring global IP portfolios and strategies. He has extensive experience in contested proceedings before the USPTO Patent Trial and Appeal Board (interferences, Inter Partes Reviews and Post Grant Reviews), as well as contested matters in federal courts and the International Trade Commission.  His wide-ranging experience affords a broad, informed perspective and facilitates creative approaches to intellectual property management, licensing, and enforcement.

In addition to his leadership of LES, Brian served on the LES Board of Directors 2007 – 2018. In his ongoing role as senior vice president for public policy he is responsible for coordinating the society’s public policy positions, amicus briefs, and congressional outreach. He works with legislators, the executive branch, and the courts toward consistent, reliable, and prudent IP laws and policies that advance innovation and economic development. He has also served LES as trustee for education, and has long served as an author, editor, and faculty member of LES educational programs focusing on best practices in IP licensing.

He is also active in the global society, LES International (LESI). Among his various roles in LESI, he has served as co-chair of the External Relations Committee, coordinating public policy and advocacy for effective IP laws and policies among the 33 regional LES societies, and with various non-governmental organizations such as WIPO and EPO. In 2019, he received the LES International President’s Service Recognition Award.

Brian also serves on the Bayh-Dole 40th Anniversary Coalition as a member of its Executive Committee. He is a member of the Founding Board of Directors of the United States Intellectual Property Alliance (USIPA), an organization dedicated to raising public awareness of, and appreciation for, the role of IP in fostering innovation for the public good; and he has served on the DC Bar Intellectual Property Section Steering Committee (2013 – 2016).

In 2016, Brian testified before the U.S. Senate Committee on Small Business and Entrepreneurship on the effects of the America Invents Act on small business and entrepreneurs in a hearing entitled “An Examination of Changes to the U.S. Patent System & Impacts on America's Small Businesses.”

With his longstanding and diverse patent practice, in both private practice and in-house, Brian advises corporate leaders and entrepreneurs in effective IP procurement practices, and in maximizing value from IP assets. He has been retained as a testifying witness in IP and licensing disputes by the U.S. Department of Justice, the U.S. Department of the Treasury, and by various private enterprises.

Brian has been acknowledged by IAM magazine as among its “IAM Strategy 300”, the world’s leading IP strategists, and among “The World's Leading Patent and Technology Licensing Lawyers.”

He earned B.S. and M.S. degrees from the Department of Chemistry, Rochester Institute of Technology, Rochester, NY; and Juris Doctor from Syracuse University, College of Law, Syracuse, NY (1986).

Brian has served his alma mater as president of the RIT Alumni Association 2005 – 2009; and now serves on the RIT Board of Trustees as a member of its Executive Committee, chair of its Student Life Committee, and vice-chair of its Committee on Trustees. In 2013, Brian was awarded RIT’s Outstanding Alumnus Award, and in 2005 he was awarded the Distinguished Alumnus Award by RIT’s College of Science.