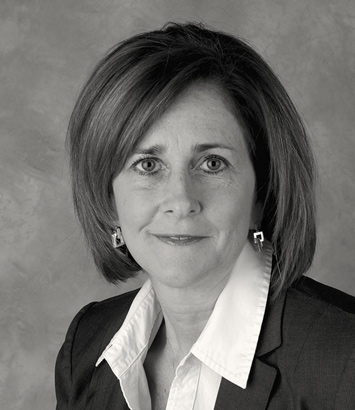 We represent one of the nation's largest distributors of fresh produce with respect to affirmative action matters.  We have drafted affirmative action plans to the Company during the previous few years.  In addition, during the last 12 months we have successfully handled an Office of Federal Contract Compliance Programs ("OFCCP") audit.
Colleen P. Lewis

The Plaintiff alleges he filed an EEOC charge against our client, a provider of transportation management services, and also alleges he was issued a Notice of Right to Sue.  The Company never received either.  Plaintiff filed a lawsuit in federal court in California on April 4, 2006.  The Company filed a Motion to Dismiss, which was granted on January 24, 2007.
Colleen P. Lewis

We represented our client, a provider of transportation management services, in multiple discrimination and retaliation lawsuits that have been filed in Atlanta Georgia, Los Angeles California, and Jacksonville Florida.  We have filed motions to dismiss or motions for summary judgment which were granted, dismissing all causes of action in our client's favor.
Colleen P. Lewis

Our firm represented the Defendant, a tobacco company, in two separate lawsuits brought by employees alleging breach of contract and ERISA claims.  Both cases were successfully dismissed in favor of the client.
Colleen P. Lewis

Colleen Lewis assisted the Cincinnati Ballet Company with its negotiations for a collective bargaining agreement with the Theatrical Wardrobe Union. Colleen also represented the Ballet in an unfair labor practice charge filed by the Union in Region 9, wherein the Union alleged that the Ballet engaged in bargaining to impasse over a permissive subject of bargaining. Colleen represented the Ballet, maintaining that the Ballet was engaging in proper and good faith bargaining. Colleen was able to negotiate a resolution of the charge, which resulted in the parties returning to the bargaining table, and a withdrawal of the unfair labor practice charge.
Colleen P. Lewis

Defense against allegation of FMLA retaliation and wrongful discharge

Successfully defended Psychiatric Professional Services, Inc. in Federal District Court in the Southern District of Ohio against allegations of age discrimination, gender discrimination, FMLA retaliation and wrongful discharge. The plaintiff alleged she was terminated for violating public policy by consulting a lawyer, as well in retaliation for taking leave under FMLA. We conducted thorough discovery and a multitude of depositions, including the Chair of the Department of Psychiatry and the Dean of the University of Cincinnati Medical School, as well as handling responses to a variety of motions filed by the plaintiff in pretrial. We argued that the plaintiff’s termination was for legitimate business reasons, and filed a motion for summary judgment, which was granted by the judge. The plaintiff then filed an appeal with the United States Court of Appeals in the Sixth Circuit, and we filed briefs and made oral arguments before a three-judge panel, who affirmed the decision of the lower court and dismissed the claims against our client.
Colleen P. Lewis

Colleen represented a transportation management services company in a charge filed by a former employee, bargaining unit member and union steward, who asserted that he was terminated as a result of his union activities. Colleen successfully defended the company before the NLRB, Region 13, resulting in a dismissal of the charge. The employee appealed the decision to the NLRB in Washington, D.C. The Board denied the appeal, upholding the Regional Director's decision.
Colleen P. Lewis

Representation Before the EEOC and State Fair Employment Practices Agencies

We have represented our client, a provider of transportation management services, in a number of matters before the EEOC and State Fair Employment Practice agencies across the country.  The issues involved race discrimination, sex discrimination, national origin discrimination and retaliation charges.  We received no probable cause dismissals in 18 charges during the previous two years.
Colleen P. Lewis

This matter involved a petition for election by rival union Teamsters Local 179. Several hearings were held before the NLRB and two elections were conducted. The rival union lost the election, and the incumbent union was certified as the representative.
Colleen P. Lewis

We represented our client, a provider of transportation management services, in connection with unfair labor practice charges filed by individuals as well as a competing union.  Both charges were dismissed in the client's favor.  In addition, we represented the client in connection with a Section 9(c) petition of the National Labor Relations Act, petitioning for investigation and determination of representative.  This petition also was dismissed in the client's favor.
Colleen P. Lewis