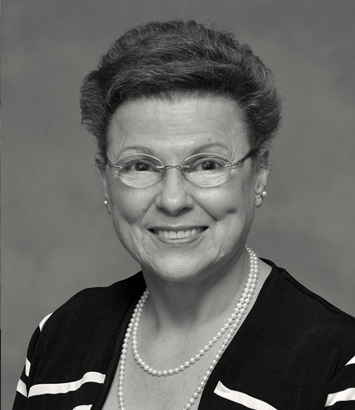 Doloris has been a leading figure in Cincinnati’s legal community for decades. She was the first woman to lead a large Cincinnati firm when she served as managing partner of Peck Shaffer & Williams from 2001-2008 and also served as the president of the Cincinnati Bar Association from 1991-1992.

The community has recognized her contributions several times. Doloris was named a YWCA Career Woman of Achievement in 1988, and UC’s College of Law gave her its Nicholas Longworth III Alumni Achievement Award in 1991 and its Distinguished Alumna Award in 2001.

During her active career, Doloris concentrated her practice on traditional government finance, with a special emphasis on all aspects of Ohio school district finance.

She represented more than 150 Ohio school districts in more than 30 counties, from large urban to suburban to rural and small-town districts, providing counsel on a wide variety of school finance issues. Doloris served as bond counsel when Cincinnati’s public schools issued $480 million in bonds for classroom construction and other improvements. At that time, it was the largest principal amount of bonds ever issued by a school district in the State of Ohio.