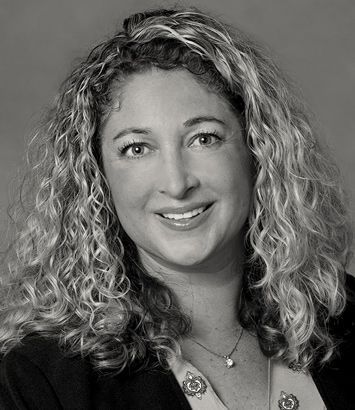 Known for her responsiveness to clients and her ability to resolve cases early with her writing skills, Libby focuses her practice on defending clients against allegations relating to the Fair Debt Collection Practices Act, Fair Credit Reporting Act, the Electronic Fund Transfer Act, Regulation E, and related state consumer protection laws. She works with some of the nation’s largest debt buyers, debt collectors, and collection counsel throughout the country defending and resolving class actions in federal and state consumer protection matters. For more than a decade, Libby has served as national coordinating counsel for one of the nation’s largest debt buyers, working with the general counsel to develop and implement the defense of cases throughout the country.

She has also developed a substantial practice representing several of the country’s largest prepaid debit card issuers and program managers. Libby has successfully resolved and prevailed in hundreds of arbitrations alleging violations of the Electronic Fund Transfer Act and Regulation E pertaining to alleged unauthorized transactions, improper holds, system outages, and delays in the posting of ACH transactions to prepaid debit cards. She also successfully negotiated a reduced fee schedule with the American Arbitration Association for certain consumer arbitrations. Libby has defended several companies against Mass Volume Arbitrations, some involving hundreds of claimants, and others involving thousands of claimants.

No matter who the client, she takes the time to understand each business. She works closely with a client’s general counsel to put him or her in the best light in front of the client’s executive team. The partnership with a company’s general counsel allows Libby to advise as to the business implications that may result from chosen legal strategies. Her ingratiating personality also enables her to work effectively with opposing counsel to achieve the optimum result for her clients.

She is also known for her work with the American Cancer Society, the WAVE Foundation at the Newport Aquarium, and the Ohio Women’s Bar Foundation.