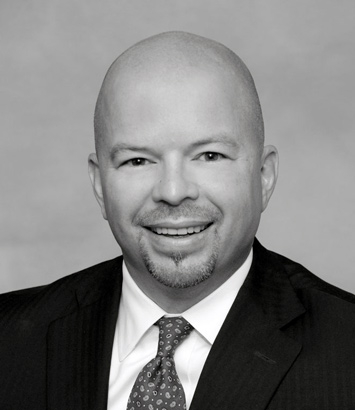 Eric is an experienced trial lawyer and trusted adviser to businesses. He has extensive first-chair trial experience in federal and state courts and has tried numerous jury trials to successful verdicts. Eric has secured significant results for clients before juries, judges and arbitrators, and has successfully negotiated settlements in matters including or involving diverse areas of the law:  products liability, noncompetition/trade secrets, class action consumer and securities, intellectual property, health care, consumer protection, franchise, corporate control, real estate and construction. He has represented and counseled clients of all types and sizes, including Procter & Gamble, Wendy’s, Kraft Foods Group, Bank of America, Graeter’s Ice Cream Co., multiple professional sports franchises, the University of Cincinnati, and closely-held companies and individuals in various industries.

In addition to his trial practice, Eric has unique experience in the business of sports.  He has advised and represented sports franchises, sports facility owners, university athletic departments, and athletes. His experience includes counseling and representation of clients across the broad range of areas in which the law applies to the business of sports, including matters ranging from defense of class action suits brought by NFL season ticket holders, to advice to college athletic departments on Title IX compliance, to eligibility disputes involving amateur athletes.

Eric’s work on behalf of his clients has been recognized by several publications, including:

He actively participates in a number of community and professional organizations. He recently completed his term as the 124th president of the Cincinnati Bar Association. The Hamilton County Board of County Commissioners recently appointed Eric to the Hamilton County Public Defender Commission. He also serves on the boards of trustees of Volunteer Lawyers for the Poor Foundation; ArtsWave; the May Festival; the Cincinnati Law and Leadership Institute; the Miami University Pre-Law Advisory Program, and the Hamilton County Republican Party Judicial Selection Committee. He is vice chair of the firm's Recruiting Committee. Eric also teaches Sports Law as an adjunct professor at the University of Cincinnati College of Law.

Eric is a past recipient of the Forty Under 40 Award presented by the Business Courier and completed the Leadership Cincinnati program as part of Class XXXII. In 2013, he received the Teaching Excellence Award from the UC Law Alumni Association for his work as an adjunct professor.