Share This Page
I played a lead role in obtaining dismissal in 2009-2010 of a $97 million claim brought against a private equity fund and pertinent directors and officers in Federal District Court in Oregon. The case, brought under civil RICO provisions, involved an international transaction with Canadian entities, and concerned alleged contingent consideration owed under a stock purchase agreement. The issues had been previously raised in Canadian proceedings and remain subject to international arbitration in Canada. I served as the lead attorney in extensive briefing on issues involving forum non conveniens, abstention, arbitration, and RICO, which led the Court to dismiss the case with prejudice. 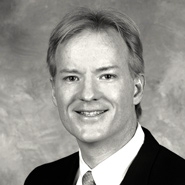