Share This Page
Plaintiff alleged that the decedent died as a result of injuries that he sustained in an ATV accident and that the ATV was defectively designed. Because there were no witnesses to the accident and the operator was unable to testify, the federal court granted summary judgment to our client while finding that there was insufficient proof that a rollover had even occurred, much less that there was a defect which caused a rollover. The Sixth Circuit Court of Appeals affirmed. 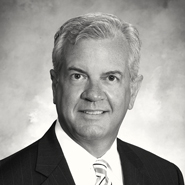