We represented an employer accused of failing to properly process an employee’s benefits enrollment form, which resulted in the employee’s spouse not receiving life insurance coverage. The employee alleged that our client negligently failed to procure the insurance coverage and breached its fiduciary duties under ERISA by failing to procure the coverage. We successfully argued that the employee’s state law claims were preempted by ERISA and that she had failed to allege a cognizable breach of fiduciary duty claim under ERISA, which resulted in dismissal of all claims. 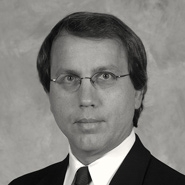