We filed a lawsuit in concert with the Children’s Law Center and the ACLU following the handcuffing of two Covington Independent Schools students with disabilities by a school resource officer. The students, ages eight and nine, were handcuffed as punishment for behavior related to their disabilities. The two students were cuffed above their elbows, causing pain, and video showed one of the students crying out during the incident. Our lawsuit prompted a Department of Justice investigation into the school district’s disciplinary actions, including whether police should be involved in disciplining students. The school district ultimately agreed with the justice department to implement new disciplinary policies, and a federal district court judge granted a motion for summary judgement ruling the students’ Fourth Amendment rights were violated. The court also ruled Kenton County liable for the school resource officer’s conduct. 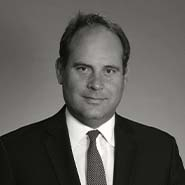